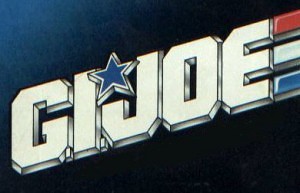 For years, fans of the toy line turned cartoon and comic book series GI Joe have hoped for a live action movie featuring the adventures of their real American heroes. Studios had flirted with the project for years, trying to find the right way to bring the exploits of the covert anti-terrorist unit to the big screen. But it wasn’t until the success of toy-turned-cartoon series-turned live action film The Transformers in 2007 did the long in gestation project get its marching orders to get to the big screen as soon as possible. As both Transformers and GI Joe were popular cartoons in the 1980s, it was hoped that whatever nostalgia was generated by the former would only help the latter.

Unfortunately, GI Joe was ordered in to action without a strong battle plan. The script draft dated November 3, 2007, just two days before the most recent Writers Guild of America strike, is a disappointment, containing problems with tone, logic and structure. The film wavers back and forth from action-thriller territory to misplaced light comedy. The screenplay is an aggravating read, containing some interesting and exciting ideas, that are out numbered by stupid plot points, bad dialogue and several broad action scenes that play to all the excesses of director Stephen Sommers.

The script opens with Duke and Ripcord are military specialists in charge of protecting a convoy transporting a new highly classified weapons system. The convoy is attacked by a terrorist commando squad, who manage to steal the weapon. Quizzically, as punishment for this massive homeland security failure, the two are allowed to join G. I. Joe, an elite top secret, anti-terrorist unit. The Joe team is assigned to retrieve the stolen weapon, nano-machines that can destroy metal, but leave people unharmed. Rounding out the Joe team are Hawk, the commander, Scarlett, a red-haired weapons expert, Breaker, a communications officer and Snake Eyes, a mute martial arts expert.

The Joe team heads to Paris, where the terrorists have taken the nano-machines for a test. While chasing the terrorists through the Parisian streets, Duke discovers that they are being led by an ex-lover, Ana, now known as The Baroness. She is accompanied by a white clad ninja, Storm Shadow, who appears to share some history with Snake Eyes. The pair report to Destro, a weapons manufacturer who has contracts with the United States government. Although the Joe team manages to secure the weapons, Ana and Storm Shadow infiltrate the Joe headquarters and steal the warheads back, in the process, killing Cover Girl, Hawk’s secretary. The Joe team then must race to the terrorists’ secret base in the arctic to retrieve the nano-machines before Destro can unleash them. But Joe might not be Destro’s only problem, as another henchman, a hooded-man known as the Doctor, is also formulating his own schemes.

Over the years, the cast and scope of the GI Joe franchise has expanded to a nearly unmanageable level. While every fan has their favorite character they hope will appear in the film, it is a virtual impossibility that everyone will get that wish. But that hasn’t stopped the screenwriters from trying to shoehorn as many members of team Joe and Cobra as possible. A number of these fan favorites are reduced to essentially cameos and walk-ons. The villainous mercenary Zartan appears, though his scenes are strictly a set-up for a hoped for sequel, with the script boldly leaving his plot thread dangling in a rather intriguing cliffhanger by the final fade to black.

Less fortunate, is the Joe Team member Cover Girl, who has been effectively reduced to being Hawk’s secretary. While some fans will definitely howl over the fact that she is killed by Storm Shadow during a Cobra raid on the Joe headquarters, I think this is one of the script’s few bold and effective moves. In the 1980s Joe cartoon, no one ever seemed to get hurt, even the faceless Cobra troops, and this is one of the few moments where the screenplay actually plays things much more dangerously than one may expect.

Unfortunately, this edge is blunted by the script’s desire to be a little too cute for its own good at times. There are moments where the film knowingly winks to the audience. Sometimes these are effective, sometimes not. Having Hawk say “Knowing is half the battle” works in the context of the scene where he says it. But having another character saying something like “kung fu grip” as an almost non-sequitor, just feels as if the writers are going overboard in trying to service the fans.

But I think where the script gets too jokey for its own good is best exemplified in the action sequence that falls about midway through the screenplay, during the Joe team’s pursuit of the Baroness through the streets of Paris. Duke and Ripcord are fitted with “accelerator suits,” which enhance their strength for running and fighting. No sooner than Ripcord is warned that his accelerator suit is worth millions of dollars, then he promptly trips over the sidewalk and gets hit by a car. The car’s front end is smashed up but Ripcord is ok enough to get up and follow Duke in chasing Ana and Storm Shadow’s vehicle through Paris. Two pages later, Duke and Ripcord have to literally run through a building, using their suits to smash through the walls. Of course the building is a cocktail lounge and Beattie has Ripcord grab and down a martini as he runs through before smashing his way out through the other wall. I half-expected them to be leaving cartoonish, people-shaped holes in the walls they smash through. While not out of place in a Warner Brothers Bugs Bunny short, the gags here kills any sense of building excitement the scene tries to have. It is just cringe inducing.

The script also contains lots of military hardware, much of it bleeding edge technology. I can take some of the near future weaponry in stride, it is when Scarlett’s crossbow starts firing “smart arrows” that can turn corners in flight, the script lost me.

The finale of the script contains several reveals, but not all of them work. The surprise of the identity of the Doctor, though fairly obvious, is still a well scripted moment. But it almost immediately raises some questions as to how Ana did not figure out his identity. A hurried explanation has the Doctor controlling her through the nano-mite technology. A handy solution until one realizes that Ana not being in control of any of her actions renders any real moments of characterization she has through the story moot, reducing her character to nothing more than plot device.

Threaded throughout the script are two series of flashbacks, which serve to fill out the backstory of the relationships between Snake Eyes and Storm Shadow and Duke and the Baroness. While they both work individually, taken together with the current day storyline as well as the unresolved Zartan plotline makes the script feel overcrowded. It will take some tricky work in the editing room to make film not feel like a jumbled mess of storylines. It will also take some tricky editing work to make the film’s climactic confrontation between Snake Eyes and Storm Shadow comprehensible. The way it is presented here, it cuts back and forth between their showdown and the culmination of their flashback’s storyline in a way that is disruptive to the flow of both.

It is true that every script has problems. Hopefully, these problems are addressed through the development process. That’s what the process is there for. Previous to this draft, there was another screenplay which didn’t even feature the COBRA organization, and when fans found out, there were howls of protest. The producers responded by commissioning a new round of script writing, ultimately leading to the draft in consideration here.

Of course, one has to wonder if the current writers weren’t in such a rush to get the script in before the “pencil’s down” date of the WGA strike and get the production started before a potential Screen Actor’s Guild work stoppage, would some of the problems enumerated here have been addressed? Perhaps. Perhaps not. We may never know.

And knowing is half the battle.

About Rich Drees 6824 Articles
A film fan since he first saw that Rebel Blockade Runner fleeing the massive Imperial Star Destroyer at the tender age of 8 and a veteran freelance journalist with twenty years experience writing about film and pop culture.

1.Fame (MGM, 3,096 Theaters, 107 Minutes, Rated PG): Not a very good week for originality. We have a remake, what seems like it could be a remake, and a graphic novel adaptation. We will eventually [click for more]

The studio and the toymaker are moving forward with their plans to bring several popular toy properties to the big screen. [click for more]

Five new posters for this summer’s big screen adaptation of toy-turned-cartoon-and-comic book property G I Joe have hit the web, and like everything else released to entice anticipation for the blockbuster, they fail to interest [click for more]