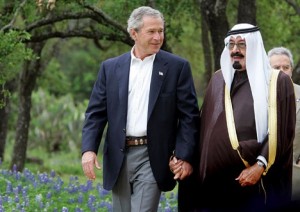 The old saying about politics making strange bedfellows is apparently the springboard for Allie With Benefits. With perhaps the first Meet Cute to take place at the G8 economic summit, Allies With Benefits managed to squeak its way on to this year’s Black List with five votes. But even with its unique protagonists, Allies With Benefits is still a romantic comedy at its core and while it bends some of the genre’s rather stiff conventions, it does manage to succumb to its pitfalls.

Jo Brooks is the first woman President of the United States, a position she worked hard all her life to achieve. But she suddenly finds that it all might be in jeopardy when she realizes that the newly appointed Prime Minister of England, Alistair Chadwick, “Ali” for short, is a collegiate one night stand from 25 years earlier. Having a bit of a reputation as a lothario, Ali doesn’t recognize Jo out of the parade of women from his past at first. But once he does, it isn’t too long before sparks are flying between them again, and this time it is no one night stand. Of course, a personal relationship is the worst thing politically that could happen for the two of them.

There are some things that Allies With Benefits does that break with traditional rom coms. Refreshingly Shapiro doesn’t hobble Jo with a female best friend/ confidant character. While it doesn’t seem to be a major thing at first, it does serve to show her isolation in the Oval Office. The closest character to fill that role is her chief of staff Max, but the gender difference automatically dictates a different sort of dynamic between them. In fact, with the exception of two characters who only show up in a scene a piece, Jo is the script’s sole female character, a reminder that the halls of power are still pretty much a sausage party. It becomes a point mined for laughs when the G8 leaders get behind closed doors and away from advisors, aides and security. The atmosphere quickly devolves to frat house levels with good-natured ribbing of each other and drunken karaoke. It’s a funny scene, and it almost makes me wish for a spin-off with these world leaders getting into some crazy, Hangover-ish hi-jinks. But the scene also grows out of the fact that these world leaders carry burdens that no one outside of similar positions could really understand and the chances that they get to truly relax with peers are indeed limited.

While Shapiro manages to craft serviceable voices for the leads, outside of a few exceptions (Jo’s remark about a “nuclear arm candy race” being the most notable) it doesn’t have much verve. One particularly jarring moment comes when Ali tells Sidney that the drunken kiss he shared with Jo was “hardly second base.” Jarring, in that the baseball metaphor for how lucky one gets on a date is culturally distinct to America and seems wrong coming from a British character.

Probably much to the disappointment of conservative pundits who enjoy painting Hollywood as nothing but Republican-bashing elitists, Shapiro has made Jo a member of the party of Lincoln and Reagan. The specter of Reagan actually factors in to a subplot about the renegotiation of an environmental treaty and the reduction of pollution emissions. Ali points out to Jo that the Republican Party used to have a much stronger environmental stance by quoting a speech of Reagan’s. He then challenges her to use her political juice to get a Republican-dominated Congress to pass the new treaty calling for an unprecedented 50% emission reduction by 2020. This is about as far as the script dips into political wonkery, though. The fact that Jo is Republican is almost coincidental. She could just as easily have been a Democratic President trying to convince a Republican heavy Congress of the same thing with the same argument.

But while the script’s first two-thirds contains both good and bad moments, it goes totally off the rails when it enters into the home stretch, beat for beat unfolding directly from the rom-com instructional manual. Jo and Ali split. Jo mopes, then comes to a realization before speeding back to Ali’s side to declare her love, scandals be damned. Definitely romantic comedy boilerplate. But setting the big climax against the signing of the aforementioned environmental treaty and the high cheese factor of the confessional speech Jo gives to Ali in front of the world media pretty much dispelled the feelings of good will that the script, uneven as it is, had begun to engender in me.

I have to give Shapiro credit, though. Audiences have been inundated with work place set romantic comedies, but she came up with the ultimate (high) office setting. She even manages to do a few interesting things with the story and plays with the ideas of the loneliness of high office and the small, strange fraternity that world leaders share.

But for its moments of inventiveness, Allies With Benefits knuckles under the limiting structure of its genre, making it tough for its transgressions to be pardoned.

About Rich Drees 7040 Articles
A film fan since he first saw that Rebel Blockade Runner fleeing the massive Imperial Star Destroyer at the tender age of 8 and a veteran freelance journalist with twenty-five years experience writing about film and pop culture. He is a member of the Philadelphia Film Critics Circle.
Subscribe