Last night I was not that impressed with the brief glimpse we got of the upcoming Green Hornet film starring Seth Rogen. I felt that it played up the expected Seth Rogen screen personna at the possible expense of what the film is really about.

But now we have the film’s first official trailer and it feels as if it has a much different mission than the Entertainment Tonight clip. Here, the trailer is introducing the character to audiences who are probably unfamiliar with him. It sets up Britt Reid’s motivations in becoming the Hornet as well as the hero’s fairly unique modus operandi of posing as a criminal to bring down organized crime. It sells both the action and what appears to be a light tone for the film without dipping into camp territory.

There have also been two new photos from the film released. The first is Christoph Waltz as the villainous Chudnowsky while the second shows Rogen and Jay Chou as Kato in a mock up of what will become the Hornet’s car, the Black Beauty. 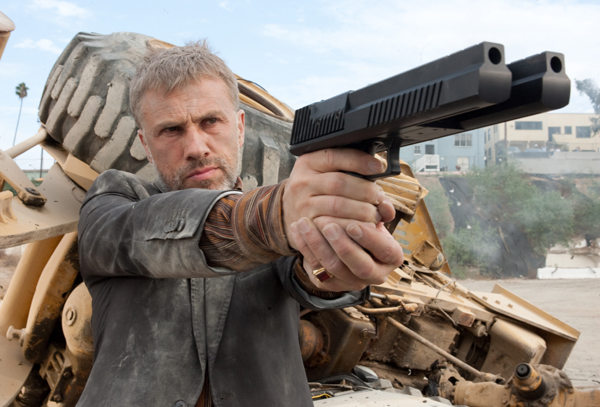 I LOVE YOU, BETH COOPER Trailer

I first became aware of Larry Doyle’s novel I Love You Beth Cooper during a random walk through a book store. Its cover art, by one of my favorite comics creators Evan Dorkin, had caught [click for more]

Low budget science-fiction films are almost always better than their more heavily financed counterparts, simply because they concentrate more on characterization and smart story ideas than they can on spectacle and special effects. I saw [click for more]

Just When You Thought It Was Safe: A DISASTER MOVIE Trailer

As you may already know, it has been the ongoing mission of FilmBuffOnline to serve and protect our faithful community of readers. Once again we come to your aid to steer you far, far away [click for more]