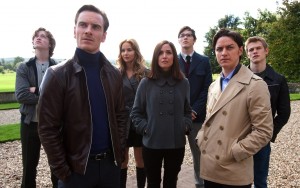 Although the X-Men films has always been a particular popular franchise for 20th Century Fox, this past weekend’s box office numbers for the new X-Men: First Class left many industry watchers scratching their heads. Sure a weekend gross of $55.1 million is nothing to sneeze at. That’s what the first X-Men movie made 11 years ago. But factor in over a decade of ticket price increases and the fact that the last films in the series, X-Men: The Last Stand and X-Men Origins: Wolverine, did $102 million and $86 million respectively on their domestic opening weekend have left many to decry the numbers as “disappointing.”

Now we normally don’t do box office analysis here, but there was such online chatter about this, I wanted to toss in my two cents as well.

I think we first have to look at how “disappointing” this weekend’s ticket sales actually are.

We also have to take into account that X-Men: First Class was not released in 3D, which with its inflated ticket prices has accounted for a significant bump in box office for films released in the format over the last two years. So by comparison, First Class’s numbers are going to look a bit flat.

If we can use the last two X-Men films as a model, I think there isn’t much to worry about. Ultimately, Last Stand and Wolverine more than doubled their opening weekend box office take over the remainder of their theatrical runs. Combined with their foreign gross, they each more than doubled their announced production budgets. While I don’t think First Class will quite hit that mark, it should come within a couple million dollars of doing so.

And that’s not even factoring in the fact that First Class has been getting much better reviews than Last Stand and Wolverine, with an 85% on Rotten Tomatoes compared to the other films’ 57% and 37%. If good reviews translates into good word-of-mouth, than First Class might have longer legs at the box office, significantly increasing its take.

But certainly, the domestic gross could have been higher, which leaves one asking “Why didn’t audiences turn out in greater numbers?”

There seems to be two separate schools of thought as to the answer why. The first fixes the blame squarely on Fox’s marketing campaign, while the second states that the film had no marketable stars for the campaign to capitalize upon. While many of the film’s leads certainly aren’t names with a strong marquee value, I would assert that director Matthew Vaughn’s casting choices aren’t the contributing factor to a poor box office result. The fault can only rest squarely on the shoulders of Fox’s lackluster attempt to sell the film.

The studio’s attitude towards X-Men: First Class has been puzzling from the beginning. They totally passed on advertising the film during the Super Bowl this past January, an event that in recent years has pretty much served as the launch pad for summer blockbuster marketing campaigns. There was the poster debacle in which Fox released some of the worst teaser posters ever. And as opening weekend drew closer, Fox did step up with the usual expected television campaign, but they supplemented with some rather stupid stunts, including skywriting the X-Men X-in-a-circle logo over some major cities.

Skywriting!? Seriously, that has to be the stupidest idea since someone thought to have The Last Action Hero painted on the side of a NASA rocket.

I just can’t buy that marketing wasn’t the fault for the film’s box office when it looks like it failed every step of the way. When your film’s villain is portrayed by Kevin Bacon, whom I don’t think that anyone would say that he is not a recognizable star, and people don’t know that he’s in the movie, it ironically hammers home the fact that Fox’s marketing failed utterly.

While it seems that most geek press has been focused on this summer’s release of the comic book adaptations Thor, Captain America and Green Lantern, X-Men: First Class has been keeping a lower profile, quietly [click for more]

Someone At Fox Should Be Fired For These X-MEN Posters

When I first saw the two new posters released by Twentieth Century Fox for their upcoming X-Men: First Class, I dismissed them on first glance as nothing more than something put together by an overly-enthusiastic, [click for more]

Opinion: NEWSARAMA And The Infuriating Power of Lists

Two recent lists by Newsarama touched off a firestorm of controversy. And that might be just what Newsarama wanted. [click for more]

I find the reason that they had no marketable stars to captilize on especially stupid. Not only did they have Mr. Bacon, and actor so famous they build a game around him, but you also had in James McAvoy an actor that has starred in Oscar-worthy fare (Atonement) and summer blockbusters (Wanted). Then, you had Jennifer Lawrence, who is fresh of her Cinderella-esque Oscar nomination for Winter’s Bone. On top of that, you had actresses from two of the most buzzworthy TV shows being aired today–Rose Byrne (Damages) and January Jones (Mad Men). If you can’t build a marketing campaign… Read more »