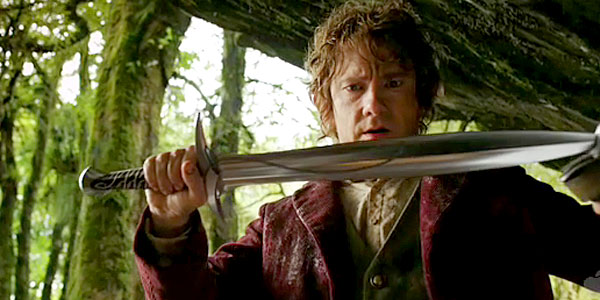 Fans will have to wait a bit longer for the big finale of Peter Jackson’ three-part adaptation of J. R. R. Tolkien’s classic fantasy novel The Hobbit. It has been announced that The Hobbit: There And Back Again has been pushed from its original release date of July 18, 2014 to December 17, 2014. Not only does that line the film up with the other Hobbit and Lord Of The Rings films customary December release date, it also moves the film away from Twentieth Century Fox’s X-Men: Days Of Future Past which is also scheduled for that July weekend. The trilogy’s middle installment, The Hobbit: The Desolation of Smaug, is due out this December 13.

Another day, another picture of some of the 13 dwarfs that Bilbo Baggins (Martin Freeman) will accompany on a great adventure in Peter Jackson’s adaption of J. R. R. Tolkien’s The Hobbit. This time we’re [click for more]

Hugo Weaving Confirmed For THE HOBBIT

Weaving will return as elf lord Elrond. [click for more]

No longer THERE AND BACK AGAIN but THE BATTLE OF THE FIVE ARMIES. [click for more]