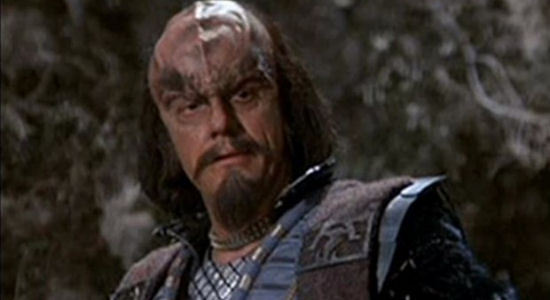 Netflix has temporarily removed Star Trek: The Search For Spock from its Watch Instantly streaming video service, but not for a reason you might expect. Usually when a title is made unavailable it has something to do with a rights issue between Netflix and the film’s particular studio. According to the Radio Times (via the Hollywood Reporter), this takedown should last about a week until they are “able to provide authentic subtitles for the Vulcan and Klingon dialogue.”

You read that right. Netflix is concerned about the accuracy of the subtitles for two fictional languages in the film.

Linguist Marc Orkrand developed Klingon as an actual language for Star Trek III and further expanded it for subsequent films. As there are a number of hardcore Trek fans who can actually speak the language, it probably shouldn’t be too hard for Netflix to find someone to provide the translation. And they’ll also be there to let Netflix know if they don’t get it right.

About Rich Drees 6833 Articles
A film fan since he first saw that Rebel Blockade Runner fleeing the massive Imperial Star Destroyer at the tender age of 8 and a veteran freelance journalist with twenty years experience writing about film and pop culture.

Just replace it with Welsh.

Did anyone say Welsh ?

I thought you spoke Klingon.

Their subtitles are totally messed up on “Sherlock: Scandal in Belgravia.” The other two from that season seemed to be ok though for some reason.