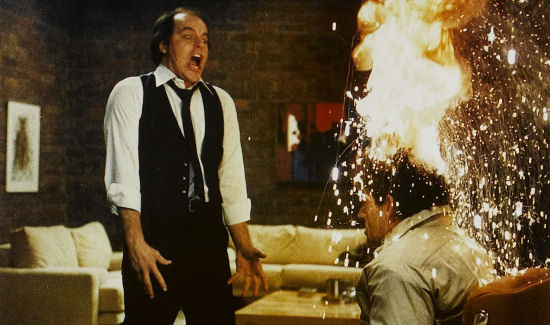 David Cronenberg gave 1981 audiences something they had never seen before in his film Scanners – exploding heads. A gruesome image to be sure, but one that became emblematic of his story of warring telepaths. In advance of the film’s release on blu-ray today, the Criterion Collection has released a short clip from the disc’s special features in which special makeup artists Stephan Dupuis and Chris Walas, director of photography Mark Irwin, and special effects supervisor Gary Zeller reveal the process they went through to create that moment.

Can Comic Book Films Be Cinematic Art? Is Cronenberg The One To Decide?

Director David Cronenberg argues that comic book films can never reach the level of high cinematic art. While his argument is flawed by his own ignorance, is he completely wrong? [click for more]

2021 In Review: What The Top Ten Grossers Say About The State of Cinema

2021 was the year films tried to get back to normal. What do the highest grossing films tell us how Hollywood should proceed in a perpetual pandemic world? [click for more]