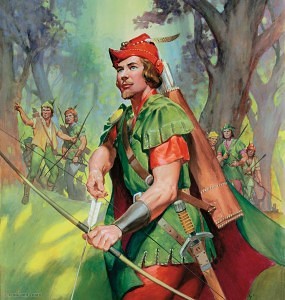 If imitation is the sincerest form of flattery, Marvel Studios must be enjoying all the attention as it seems every major studio is working at developing their own interconnected film franchise similar to Marvel’s superhero series. Warners, of course, is working at bring the superheroes of corporate sibling DC Comics to the big screen. Twentieth Century Fox have the Marvel properties X-Men and the Fantastic Four that they are working with, while Sony is working at spinning their Spider-Man franchise into something beyond just films featuring the friendly neighborhood wallcrawler. Even Universal is getting into the act by revitalizing their classic monster films into an interconnected series, with this month’s Dracula Untold possibly serving as the launching pad.

But given that Sony seems to be uncertain as how to proceed with their Spider-Man franchise after the disappointing returns on this past summer’s Amazing Spider-Man 2, it shouldn’t be a surprise that the studio is casting about for another property that it could transform into a series of tentpole pictures. However, the Hollywood Reporter is stating that the studio is looking to a rather unlikely source – Robin Hood.

According to the trade, the studio is the middle of finalizing a deal for a pitch from writers Cory Goodman and Jeremy Lott titled Hood that could net the writers $1- 2 million.

One reason for the high price is that the pitch involves the magic words “universe” and “Avengers.” The plan is to make a series of movies focusing on the outlaw archer and his band of Merry Men: Little John, Friar Tuck and Will Scarlett. One could say they were the superhero team of England’s Middle Ages.

The tone of the story has been described as Mission: Impossible and the recent Fast & Furious movies.

Previously, Goodman and Lott have teamed to write Lore, a science-fiction project at Warner Brothers that has Dwayne Johnson set to star.

I have to say that I have to give credit to Sony for some out of the box thinking here. But, like everything, this will be very dependent on how the initial film is executed. And even if the initial film is a success, can these characters be spun off to their own solo films as the Hollywood Reporter suggests is the plan? Are people hungering for a The Adventures of Will Scarlett or Friar Tuck: The Early Years type movies?

About Rich Drees 6619 Articles
A film fan since he first saw that Rebel Blockade Runner fleeing the massive Imperial Star Destroyer at the tender age of 8 and a veteran freelance journalist with twenty years experience writing about film and pop culture.

Wachowskis Gearing Up For A Modern Robin Hood Story

The Wachowskis are in the process of developing a modern version of the classic Robin Hood story for Warner Brothers. Called Hood,  not much more is known about the project except that the siblings have [click for more]

Fin: The end of CSNY, The Gimp speaks and Frank Sobotka's revenge on Baltimore   | TechnologyTell