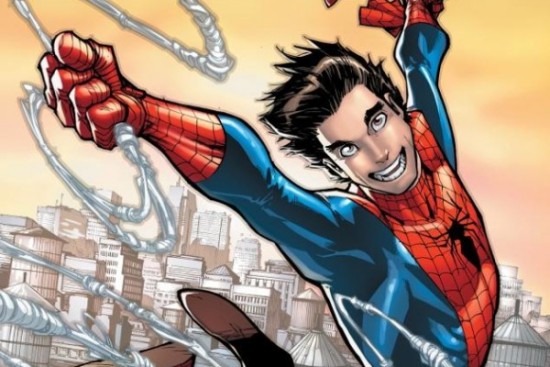 So, if The Wrap is to be believed, then 80% of the candidates to play Peter Parker/Spider-Man are teenagers and 60% are foreign actors as well, and yes, the one actor who is 20 is the American.

Nothing is set in stone yet, but it is believed that test offers will go out within a week and a decision will be made within a month. Here is your scorecard for the potential Spider-Men.

What you might have seen him in: Arguably the most famous name on the list, Butterfield has appeared in big budget films such as Hugo and Ender’s Game.

What will he be in next?: He has the lead in Tim Burton’s adaptation of Ransom Riggs’ Miss Peregrine’s Home for Peculiar Children.

Other thoughts? Hollywood seems to enjoy throwing potential franchises at this kid, but Ender’s Game was a non-starter (although that wasn’t Butterfield’s fault). If he does get cast, we will finally have the answer to the unasked question, “What if a young Bud Cort played Spider-Man?”

Age: 19, we think. (Biographical info for him on the Internet is kind of scarce. He could be 56 for all that we know).

What you might have seen him in: He was a member of the cast for Homeland and played the young version of Matthew McConaughey ‘s son in Interstellar. He apparently was that dating Madonna’s daughter, Lordes, at one time, if you follow that stuff. (THAT the Internet tells me. His age? Noooooo! Dating history? Yes.)

What will he be in next?: He will be playing a teenage version of James Franco in the Adderal Diaries.

Other thoughts? Looks the part, but I am unfamiliar with his work.

What you might have seen him in: Arguably the biggest entry on his resume to date is his role in the West End version of Billy Elliot: The Musical. That, and his role in The Impossible.

What will he be in next?: He will be appearing as young Thomas Nickerson in Ron Howard’s adaptation of In the Heart of the Sea.

Other Thoughts? His costars in the above film consist of Thor (Chris Hemsworth) and the Scarecrow (Cillian Murphy). Surely he could call on either of them for advice on how acting in a comic book film works, and the future scenes between Spider-Man and Thor will have an extra little kick.

What you might have seen him in: He played the lead in The Way Way Back. He also played a younger version of Shawn in the TV series, Psyche.

What will he be in next?: He will either be, as IMDB puts it, in an ABC TV Movie called Original Sin or, as Wikipedia puts it, in an ABC TV series called Flesh And Blood. They appear to be the same project, so one might be a renaming of the other. We will probably have to wait until fall to find out either way.

Other thoughts?: He looks the part and has experience being the lead in a movie. Of course, his being in a TV series might play havoc on production schedules.

What you might have seen him in: He was in the Nickelodeon program, The Naked Brothers Band, and played Isaac in last year’s adaptation of The Fault in Our Stars.

What will he be in next? He will be appearing as Jim Nolan in James Franco’s adaptation of John Steinbeck’s In Dubious Battle. Then, he will star in another John Green adaptation, Paper Towns.

Other thoughts?: He looks less awkward than the rest of the candidates, which might be what the producers are looking for, but might not. Is the oldest of the five (we think) but it still playing teen age roles.

Sony hopes Richard Wenk will bring some of that EQUALIZER success to its latest Spider-Man spin-off, KRAVEN THE HUNTER. [click for more]

ANT-MAN And Maybe DR. STRANGE Coming From Marvel After AVENGERS 2

Will Doctor Strange be part of Phase Three? MTV seems to think so. We’re not so sure. [click for more]

DO THE RIGHT THING’s Radio Raheem and SPIDER-MAN’s Robbie Robertson, actor Bill Nunn has passed away in his native Pittsburgh. [click for more]