Up til now, we have heard rumors that Spider-Man would be in Captain America: Civil War, but Marvel has been fairly dodgy in confirming it.

Well, that is, until now.

If you stay til the end of the latest and most likely last trailer for the film, you’ll see our web-headed friend make an appearance:

If that doesn’t make you squee in delight, nothing will. 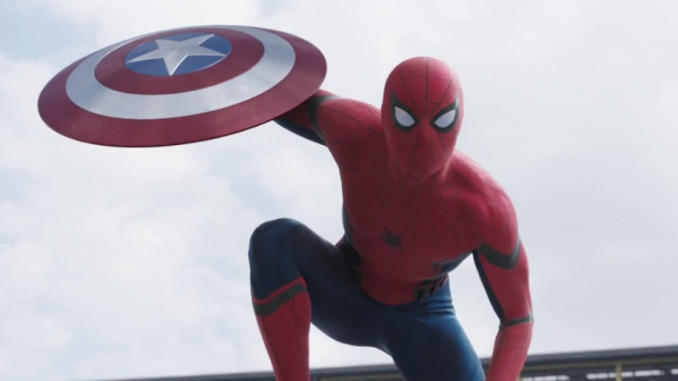 The costume is about as close as we are going to get to the iconic suit from the comics. Yes, there are no raised accents or intricate designs on this one, but there is black piping here and there to separate it from the traditional comics duds.

The trailer gives us just enough for us to see how the character fits in the narrative. It appears that he is on Team Tony (although the cynical me, which the fanboy me was trying to keep buried in the sub-basement of my psyche, is trying to say something about the fact that on a team with Iron Man, War Machine and Vision that the lesser-powered Spider-Man does not make the best cavalry) and we get a hint of the sense of humor that makes Spider-Man great.

If you were able to pay attention through the rest of the trailer, you’ll get more of the plot, a demonstration of Black Panther’s powers (fast and bulletproof!) and a possible final exit of one of the MCU’s oldest characters.

About William Gatevackes 1971 Articles
William is cursed with the shared love of comic books and of films. Luckily, this is a great time for him to be alive. His writing has been featured on Broken Frontier.com, PopMatters.com and in Comics Foundry magazine.

The new teaser trailer for ANT-MAN AND THE WASP offers more witty repartee and inventive size-changing tricks. [click for more]

Maybe playing a bad guy, so let the speculation begin. [click for more]

May 25, 2017 William Gatevackes Comics And Film