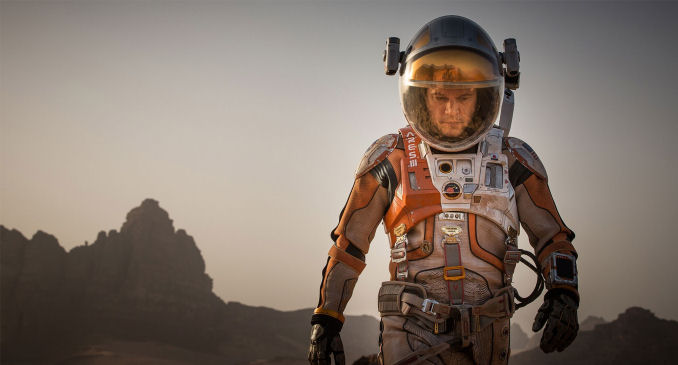 Recently, I rewatched Ridley Scott’s magnificent The Martian and I marveled again at how quickly the films 141-minute running time glides by so strongly on the strength of Matt Damon’s performance. If you felt the same way and want a bit more of the performance, then you are in luck. The Extended Cut of the film coming to home video in June will feature ten more minutes of footage edited back in.

Twentieth Century Fox has announced the new disc package that will become available on June 7 will also include a director’s commentary featuring Scott, screenwriter Drew Goddard and Andy Weir, author of the original novel the film was based on, additional deleted scenes and more. Below is the list of all the features for the DVD and blu-ray.

HISTORY OF THE COMIC BOOK FILM: Giving The Devil His Due

Does Daredevil deserve all the criticism it gets? [click for more]

The ALIEN director is in talks to take on a big screen adaptation of the 1960s cult classic TV series. [click for more]

A strong field this year for the Directors Guild’s top honors for film. [click for more]