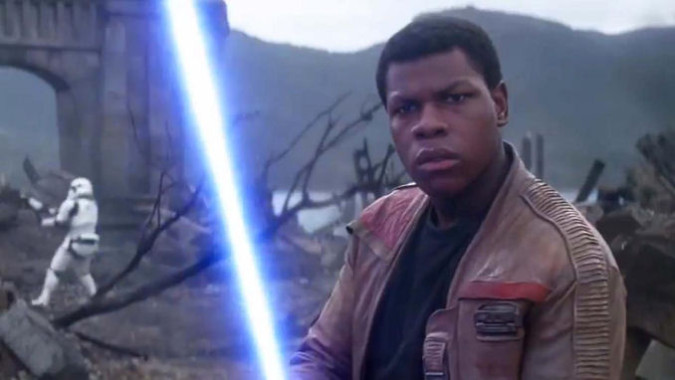 If you were one of the fans who felt that some of the extras on the DVD/blu-ray release of Star Wars: The Force Awakens were a bit lacking, you are in luck. Lucasfilm has announced a new 3D release of the film on home video which will also come with a slew of new special features.

The new four-disc 3D Collector’s Edition contains the original theatrical release on Blu-ray 3D, Blu-ray, Digital HD and DVD, and will also include brand-new bonus materials alongside the bonus features from the previous release. It will also feature a commentary track from director JJ Abrams.

This is good news for those who were disappointed that the initial release did not contain many of the scenes reportedly filmed but cut from the final edit of the film. Among those scenes are ones between General Leia (Carrie Fischer) and her envoy to the New Republic Korr Sella (Maisie Richardson-Sellers). In the theatrical cut of the film we only see her as the dark-haired woman staring up into the sky in horror as Starkiller Base destroys Hosinian Prime. Additional scenes expanded on some of the action on Jakuu and Starkiller Base and showed Maz Katana using Force powers. 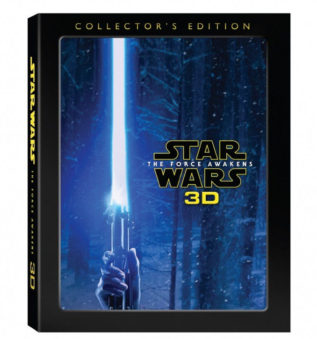 The release is scheduled to hit shelves in the US on November 15.

Audio Commentary with J.J. Abrams – Enter the mind of visionary director J.J. Abrams as he reveals the creative and complex choices made while developing the first film in the new Star Wars trilogy.

Foley: A Sonic Tale – Foley artists, consisting of old pros and new talent, unite to bring the world of “Star Wars: The Force Awakens” alive through the matching of sound to action.

Sounds of the Resistance – Hear how the epic sound design of “Star Wars: The Force Awakens” moves the Star Wars legacy forward.

Dressing the Galaxy – Costume Designer Michael Kaplan reveals how the costumes of the original Star Wars movies were re-envisioned for a new generation.

The Scavenger and the Stormtrooper: A Conversation with Daisy Ridley and John Boyega – The two new stars share the thrill of working together on the adventure of a lifetime and becoming part of the Star Wars legacy.

Inside the Armory – Take a fascinating tour through the design and creation of the weaponry in “Star Wars: The Force Awakens.”

Classic Bonus Features – These offerings from the April release of “Star Wars: The Force Awakens,” include the complete story behind the making of the film, an unforgettable cast table read, insights from legendary composer John Williams and deleted scenes, as well as features that dig deeper into the creation of new characters such as BB-8, the design of the climactic lightsaber battle between Rey and Kylo Ren, the film’s remarkable digital artistry and the Star Wars: Force for Change global aid initiative.

About Rich Drees 7019 Articles
A film fan since he first saw that Rebel Blockade Runner fleeing the massive Imperial Star Destroyer at the tender age of 8 and a veteran freelance journalist with twenty-five years experience writing about film and pop culture. He is a member of the Philadelphia Film Critics Circle.

A comedy bit exposes our first look at one interior location for the upcoming film. [click for more]

STAR WARS: THE FORCE AWAKENS Tracking To Be Biggest Film Ever

There wasn’t thought that it wouldn’t be a box office monster, but STAR WARS: THE FORCE AWAKENS could become the biggest grossing film of all time. [click for more]