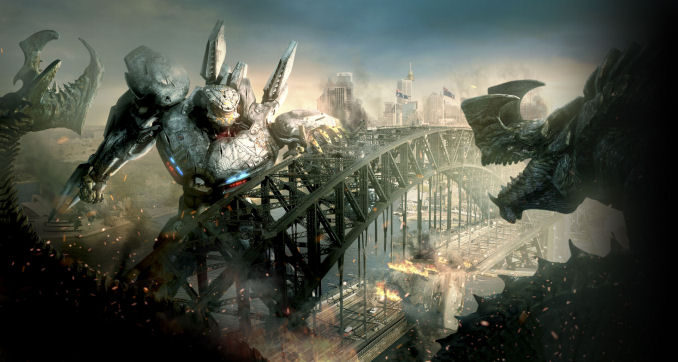 Giant robots will be fighting giant monsters again in just a few weeks as Pacific Rim 2 is scheduled to begin production this coming November.

This is quite a switch from nearly a year ago when the project looked doomed after studio Universal placed it on hold. In February, the studio announced that Steven DeKnight was taking over the director’s chair from Guillermo Del Toro, the director of the first film. This past July Universal announced a new release date for the film of February 23, 2018.

It was also announced that Asian actress Jing Tian will be joining the cast which is set to be headlined by Star Wars: The Force Awakens John Boyega. Tian has previously appeared alongside Jacki Chan in 2013’s Police Story: Lockdown (aka New Police Story) and will be seen next year in Kong: Skull Island. With a production start date in place, we can expect a flurry of casting announcements over the next several weeks.

In a world where nearly all tentpole franchises are based on pre-existing properties, Del Toro’s Pacific Rim was a bit of an anomaly. While it drew inspiration from numerous giant monster and giant robot comic books, animated and film series, it was uniquely its own thing. So it was a bit disappointing when it looked like the planned sequel to the 2013 film was not going to materialize. DeKnight is primarily known for his work in television. He produced and was head writer for the first season of Netflix’s Daredevil series. He has also written, directed and produced on the television Joss Whedon series Buffy The Vampire Slayer, Angel and Dollhouse as well as the Superman prequel series Smallville.

The Apocalypse will be cancelled again in February 2018. [click for more]

The director will be bringing us more giant robots versus giant monsters fighting action! [click for more]

The director is working hard to grow the film into a big league franchise. [click for more]