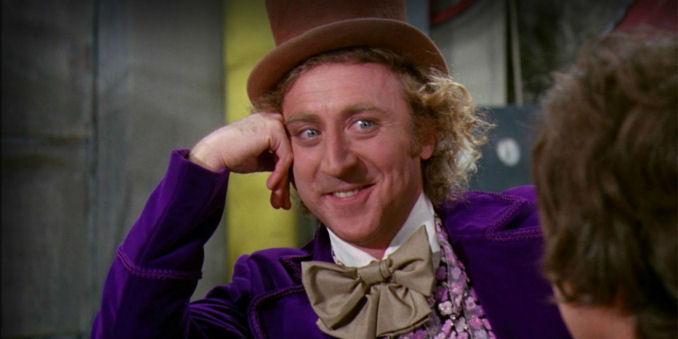 Warner Brothers is looking to make a prequel to Roald Dahl novels about the fantastical chocolate factory owner Willy Wonka which served as the source the 1971 classic film Willy Wonka & The Chocolate Factory starring Gene Wilder.

Variety is reporting that the studio has purchased the rights to the character from the Dahl Estate and have picked Harry Potter franchise producer David Heyman to oversee the development of a film that “will not be an origin tale, but a standalone movie focused on Wonka and his early adventures.”

The Secret Life Of Pets screenwriter Simon Rich will be penning the script. There is no word if any other character from Dahl’s 1964 Charlie And The Chocolate Factory novel or its 1972 sequel, Charlie And The Great Glass Elevator will figure in the new film. No director has been attached to the project.

This isn’t the first time that a Willy Wonka prequel has been mooted around Hollywood. In 2014, screenwriter Jason Micallef, writer of the 2011 dark comedy Butter, made it onto the annual Black List of best unproduced screenplays currently circulating through the industry for a take on the idea simply titled Wonka.

FANTASTIC BEASTS AND WHERE TO FIND THEM 2 gets a more manageable title and gives us our first look at Jude Law and Johnny Depp in character. [click for more]