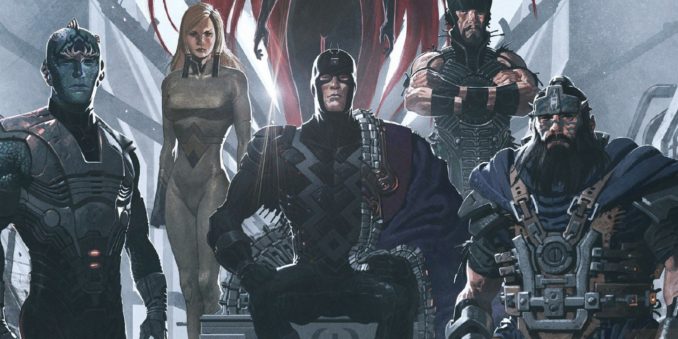 If you were upset about the Inhumans coming to TV next year, thinking that it was the death knell for the long planned Inhumans movie adaptation, well, dry your crying eyes. The film isn’t dead yet.

The Hollywood Reporter spoke with Disney-ABC Television Group president Ben Sherwood and for the most part the interview is a rehash of the press release from last week and a bit of cheerleading about how great the experiment will be. However, two bits of new information were snuck in one sentence of  the article’s final paragraph:

These two items are totally confusing and deserve more than just one sentence in the last paragraph for an explanation.

Because the Inhumans most definitely were introduced in AoS. In fact, they were driving the narrative for at least the past three seasons. So it would be awkward if the new series doesn’t at the very least mention AoS. Perhaps they mean that characters for the new show won’t appear in AoS first. But there’s no sense in having a shared universe if Inhumans complete ignores AoS.

And since the TV show will focus on Black Bolt and the royal family, who would be in the film? The royal family are the most popular and most established Inhumans Marvel has. Going with lesser known Inhumans for the film just doesn’t make sense. Will the TV series lead into the inevitable movie? That seems like the most logical choice. But that will make casting difficult. Marvel will have to find actors who can bring people into movie theaters who are affordable enough so the TV show’s budget doesn’t go haywire.

More on this as it develops, as casting for the series should begin soon.

Know Your Nominees: Emma Stone has won every other major award, which might make this a category ripe for an upset. [click for more]