The Hollywood Reporter is stating that Ron Howard will indeed be taking over the directorial reins of Disney’s untitled Han Solo Star Wars spinoff.

Howard will be replacing directors Phil Lord and Chris Miller, who were let go from the project this past Tuesday. Their firing came as a shock, given that there was only three weeks of principal photography left on the film. Reports indicate that there was much disagreement between Lord and Miller and writer Lawrence Kasdan and Lucasfilm head Kathleen Kennedy over the film’s tone.

According to the Reporter, Howard will now –

– meet with the actors — Alden Ehrenreich is playing the iconic smuggler, Donald Glover is playing Lando Calrissian, with Woody Harrelson, Emilia Clarke and Thandie Newton also on the roll call — to soothe a rattled set and will pore over a rough edit to see what the project has and still needs.

In addition to the three weeks of principal production, the film also has a five week period of reshoots that had been previously scheduled for the end of the summer.

Howard is a perfectly fine, even safe, choice for Disney and Lucasfilm. He has worked for both companies before. Even though his more recent films have done poorly at the box office, he is still a competent enough shooter to deliver what is wanted.

What remains to be seen is how credit for the film will be determined by the Directors Guild of America. That should be an interesting arbitration. 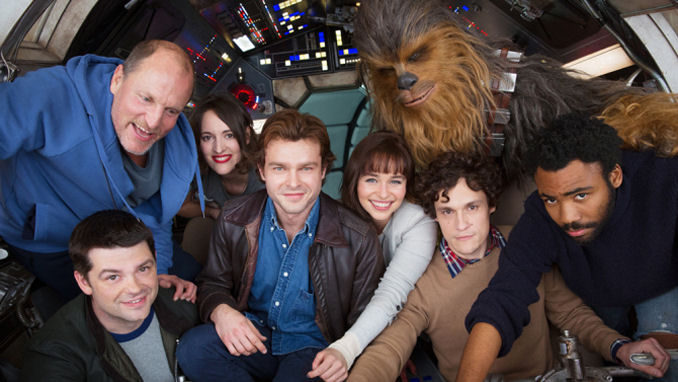 Hello, hello, hello. What do we have here? [click for more]

About half way through the Frost/Nixon, Nixon aide Jack Brennan (Kevin Bacon) compares David Frost (Michael Sheen) to a boxer who trained for months to face off against the champion—in this case former President Richard [click for more]