In the days leading up to the 90th Academy Awards, FilmBuffOnline will be offering profiles on all the nominees in the major categories. Some may be well known, others might be new to you, but if you need a refresher on these talented nominees, here is what you need to know your nominees.

Nominated for: Playing African-American sharecropper’s wife and mother to a WWII vet in the 1940’s in Mudbound.
Other honors for this role:
Davis has received 19 nominations for this role, with one win. She has also received numerous nominations for Best Original Song for “Mighty River” from the film.
Where you might know her from:
Blige is a successful R&B singer who has just started to branch out into film acting over the last decade. She has acted in I Can Do Bad All By Myself and Rock of Ages.
History with Oscar:
This is Mary J. Blige’s first acting nomination, but she is also nominated in the Best Original Song category in this year’s ceremony.

Nominated for: Playing the domineering mother of Tonya Harding in I, Tonya.
Other honors for this role:
Janney has been nominated in this category 47 times from other organizations, taking home 18 awards.
Where you might know her from:
Janney is probably known best for her TV work in shows such as The West Wing and Mom! but she has also appeared in films such as Drop Dead Gorgeous, Juno and Spy.
History with Oscar:
This is Allison Janney’s first Oscar nomination.

Nominated for: Playing the sister and business manager of Reynolds Woodcock in Phantom Thread.
Other awards for this role:
Manville received 13 other nominations for this role, and took home two awards.
Where you might know her from:
Manville has had a long and varied career in her native England. American audiences might know her from her work in films like Topsy-Turvy and Vera Drake.
History with Oscar:
This is Lesley Manville’s first Oscar nomination.

Nominated for: Playing the mother of a precocious teenager in Lady Bird.
Other honors for this role:
Metcalf has been nominated for 47 other awards, taking home 28 of them.
Where you might know her from:
Even though she has appeared in films such as Uncle Buck, JFK and Scream 2, she will probably always be remembered for her Emmy-Winning role of Roseanne Barr’s sister Jackie in Roseanne.
History with Oscar:
This is Laurie Metcalf’s first Oscar nomination. 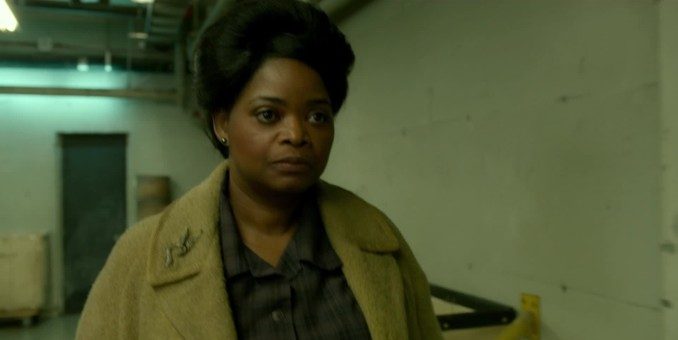 Nominated for: Playing an African-American cleaning woman in a government lab in The Shape of Water.
Other honors for this role:
Spencer has received 14 nominations for this role but has garnered no awards.
Where you might know her from:
She has played numerous roles on television. including Ugly Betty, Halfway Home, Mom, Raising the Bar and The Red Band Society. She has also appeared in films such as Bad Santa, Spider-Man, Snowpiercer and Fruitvale Station.
History with Oscar:
This is Octavia Spencer’s third Oscar nomination.
2017: Best Performance by an Actress in a Supporting Role, Hidden Figures (Lost to Viola Davis, Fences)
2012: Best Performance by an Actress in a Supporting Role, The Help (Won)

KNOW YOUR NOMINEES: A densely packed field makes it anybody’s guess who will take home the statue. [click for more]

Know Your Nominees: Affleck seems to have the advantage, but off-screen scandals could open it up for Washington or Gosling. [click for more]

Eight films made the cut, but only one will walk out as Best Picture. [click for more]