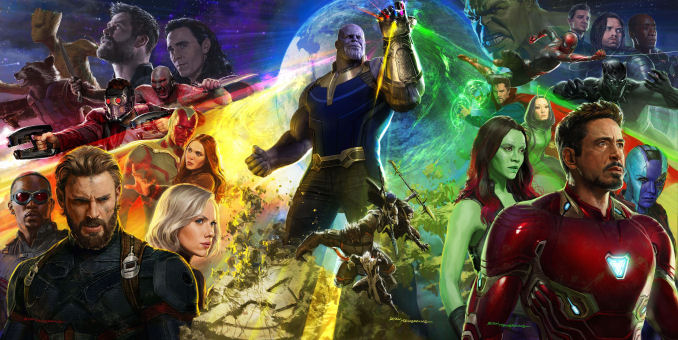 In a surprise move, Marvel Studios and Disney has moved the date of the upcoming The Avengers: Infinity War forward a week to April 27.

The move does make sense though. Although Marvel Studios has had a release the first weekend of May the past several years – not-so-coincidentally the same weekend that Free Comic Book Day falls for comic book shops around the country – those titles have opened a few days earlier in other parts of the world due to the vagaries of distribution and to coincide with local holiday weekends.

Marvel has been happy to let spoilers from those overseas showings leak out in the week before those films’ US premiers. This leads me to suspect that there is something in the film that happens that the studio doesn’t want spoiled before it opens in the States. There have been previous hints and rumors of some major shakeups to the Marvel Cinematic Universe upcoming in Infinity War and this does add some fuel to the speculation fire.

Bringing Infinity War forward a week also gives the film a week longer to run fairly unimpeded at the box office before their Disney corporate sibling LucasFilm releases Solo: A Star Wars Story on May 25.

And I don’t suppose that fans who have been waiting for this film, which in many ways is a culmination of the storytelling woven through the previous 18 years of Marvel films from the last ten years, will be too upset at having that wait lessened by seven days.

Marvel announced the move on Twitter with the help of Iron Man star Robert Downey Jr. –

Any chance I could see it earlier?

A very busy day at the Comic-Con. A lot of “first looks” and a very ugly incident. Let’s get that out of the way first. ITEM!: There has been, as far as I can remember, no [click for more]

Whedon will write and possibly direct the pilot that the network has ordered. [click for more]