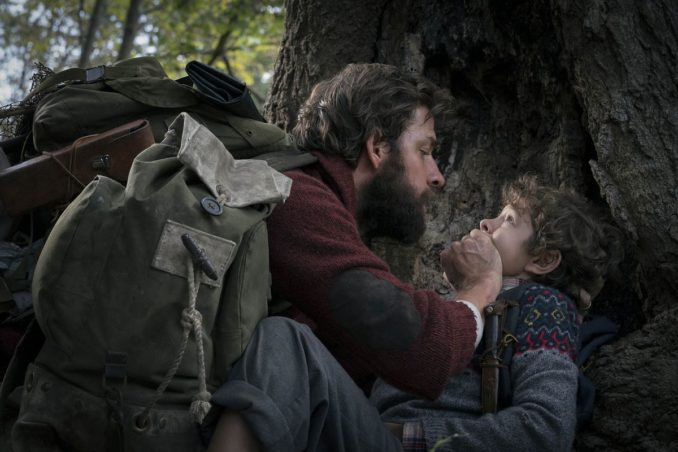 It’s a surprisingly strong week for New Releases, as three of the four films coming out today score 80% or higher at Rotten Tomatoes at press time. 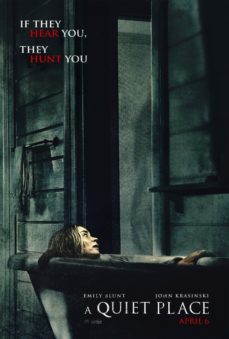 1. A Quiet Place (Paramount, 3,508 Theaters, 90 Minutes, Rated PG-13 for terror and some bloody images, Rotten Tomatoes Tomatometer at press time: 97% Fresh [149 Reviews]): Aliens have taken over the Earth and have used their enhanced hearing to exterminate most life on Earth. If you make a sound, they will pounce on you and kill you. Survivors have to live in almost total silence in order to stay alive. But living in total silence is all but impossible. How long will the survivors hold out?

The ads for the film made it out to be a film with a high concept that might not be completely followed through on by the filmmakers. I mean, in the trailer, the kid has a Space Shuttle that makes noise. Why would anybody living in total silence allow him to have that?

But the reviews seem to show that that impression is a false one. Horror films seldom score this high at Rotten Tomatoes. So it looks like the film is more than it seems.

However, if you are looking for a director for a horror film, we now know that you look towards the realm of TV Comedy. Between John Krasinski with this film and Jordan Peele with Get Out, there’s a trend of quality directing coming out of that talent pool. 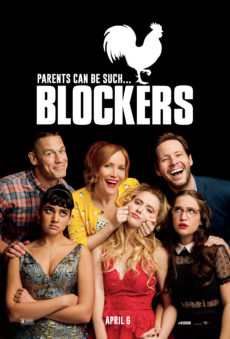 2. Blockers (Universal, 3,379 Theaters, 102 Minutes, Rated R for crude and sexual content, and language throughout, drug content, teen partying, and some graphic nudity, Rotten Tomatoes Tomatometer at press time: 83% Fresh [124 Reviews]): Ah, the teenage sex comedy. Films have been made about teens trying to lose their virginity for ages.

This one offers a few twists to the formula. Usually it’s the boys who try  have sex by any means possible. In this film, it’s three teenage girls. And usually the parents are obvious to the quest. This time they have found out about it and are trying to stop it by any means necessary.

Another twist is that the film has been received fairly well by critics. Typically, teen comedies are slammed by them, but many found this one a cut about the rest. 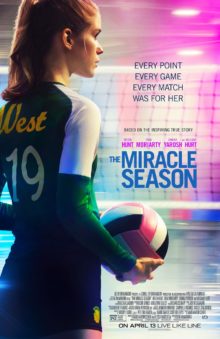 3. The Miracle Season (Mirror/LD Entertainment, 1,707 Theaters, 99 Minutes, Rated PG for some thematic elements, Rotten Tomatoes Tomatometer at press time: 32% Fresh [25 Reviews]): The inspirational sports movie is another time honored film genre and this one also has a twist going for it.

The film relates the true story of the Iowa City West High girls volleyball team, who overcame the death of their captain, Caroline Found, who died in a moped accident, to win the state championship.

These type of films are usually focused on male athletes, so having the focus on women is refreshing. However, what isn’t refreshing is the clichés at play in the trailer (“You’re the captain now!” “We’re this close to winning it all!” “Win it for yourselves!”) that most likely led to the film’s poor Tomatometer score. 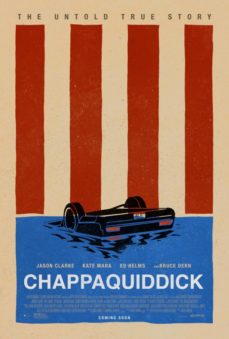 4. Chappaquiddick (Entertainment Studios, 1,560 Theaters, 101 Minutes, Rated PG-13 for thematic material, disturbing images, some strong language, and historical smoking, Rotten Tomatoes Tomatometer at press time: 82% Fresh [65 Reviews]): This film is another film based on a real-life tragedy, although one not quite as uplifting as The Miracle Season.

On Friday, July 18, 1969, after a party he hosted on Chappaquiddick Island, Ted Kennedy drove Mary Jo Kopechne home. He got lost, came to a one lane bridge where he lost control of the car and drove off the bridge into the channel. He was able to escape the car and swim to safety. Kopechne was.

What turned the tragic accident into a notorious scandal was that Kennedy did not report the accident for 10 hours. Also, the married Kennedy–with a pregnant wife at home–riding with a single woman late at night added to the scandal. The incident brought an end to the presidential aspirations of Kennedy, stopping him from running in 1972 and 1976 and playing a factor in his loss in the 1980 presidential election.

Even though the tragedy occurred before I was born, I stayed with me because Kopechne was from my hometown and I remember the 1980 presidential race. However, I am old. Ted Kennedy has been dead for almost a decade, the Kennedy dynasty has been consigned to history and the scandal is almost 50 years old. Will modern audiences care about it?

Nest week, the new releases bring us an assortment of monsters to fight it out on screen for us.

Next SPONGEBOB SQUAREPANTS Film Will Be An Origin Story, Completely CGI

New releases this week include HAPPY DEATH DAY, THE FOREIGNER and PROFESSOR MARSTON & THE WONDER WOMAN. [click for more]

Jordan Peele Latest To Be Rumored To Direct AKIRA

Will the GET OUT director be the one to finally get the long in gestation project to the big screen? [click for more]