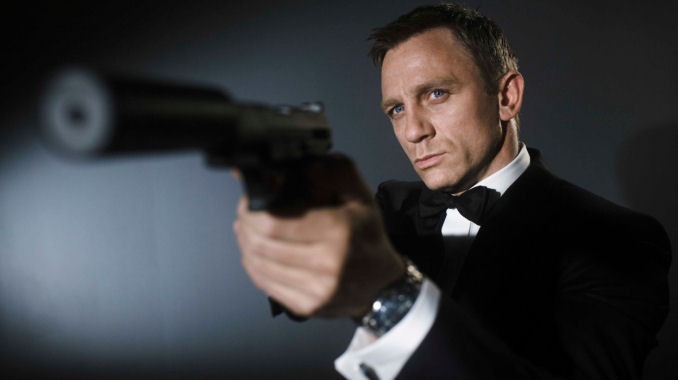 Deadline is reporting that the project has been announced at the Toronto International Film Festival as distributors are beginning to place bids on acquiring the project.

The film, in which Craig will be playing a private detective, is slated to get underway this November. Craig’s schedule aligned for the project only recently, after director Danny Boyle departed the upcoming next installment in the Bond franchise, forcing producers to push that project back by a year. Bond 25 was originally set to start filming this winter.

Johnson told Deadline that he is a fan of Agatha Christie, and the British author’s style of whodunit mysteries, and that Knives Out would be a “contemporary version of the locked door mansion murder mystery.”

Once he completes this film, Johnson will next focus on a new trilogy of films he will create for Disney and Lucasfilm’s Star Wars franchise. His previous Star Wars film, last winter’s The Last Jedi, grossed $1.3 billion worldwide.

Although Craig is pretty much cemented in the public’s mind as James Bond, it is always fun to see him branch out as an actor. His turn as a southern fried thief in last summer’s heist comedy Lucky Logan was an unexpected pleasure. While his role here probably won’t be broadly comic as his Lucky Logan role was, it should at least be a few shades removed from his work on the Bond franchise.

With production starting in just a few short months, look forward to announcements soon for the six to eight other major roles in the film.

If you think you know who all has been cast in the upcoming twenty-third installment of the James Bond franchise, director Sam Mendes has a surprise for you. It is being reported in the British [click for more]

The Title For BOND 23 Is Now Officially…

The 23rd James Bond adventure kicked off production today with a press conference that revealed the film’s title. [click for more]

Rian Johnson’s Looper was a well crafted and twisty time travel tale. While it remains to be seen if his screenplay is going to be up for Academy Award consideration, you can take a look [click for more]