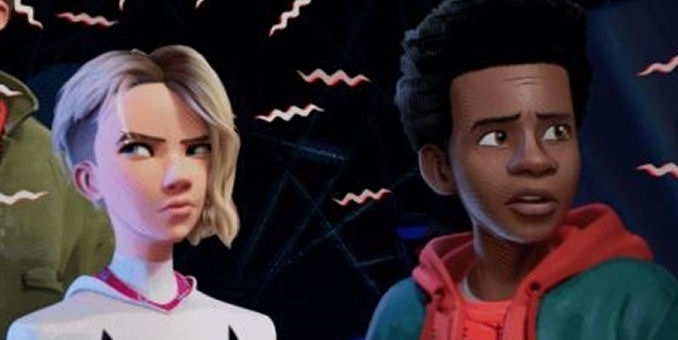 These days, it is not just hoped for that a superhero film will make enough money for a sequel, it is pretty much expected. And producer Amy Pascal is expecting great things from this weekend’s Spider-Man: Into The Spider-Verse. As the shepherd for the Spider-Man properties at Sony, she has already scored a box office hit this fall with the live action Venom movie starring Tom Hardy. And it looks as if she may repeat that success with Spider-Man: Into The Spider-Verse if critics and advance positive buzz for the film have anything to do with it. But Pascal is not content to rest on her laurels and is already at work developing not just a sequel for Into The Spider-Verse, but a spinoff as well (first reported on here) that would center on some of the female Spider-heroes that have appeared in Spider-Man comics over the years.

Speaking with Vanity Fair, Pascal stated that the follow up to Spider-Man: Into The Spider-Verse would actually center on the characters of Miles Morales, the hero of the current film, and Gwen Stacy, one of the other spider-powered superheroes from a parallel Earth who joins up with Miles to stop the reality destroying menace unleashed by the villainous Kingpin.

The producer revealed that Sony’s upcoming Into the Spider-Verse sequel, directed by Joaquim Dos Santos (Avatar: The Last Airbender, Voltron) and written by David Callaham (Wonder Woman 1984, Zombieland 2), will be focused on Miles Morales and Gwen Stacy—and will explore a romance between the two, a thread from Lord’s original script that ultimately didn’t fit in Into The Spider-Verse.

I have to say that I find this idea a little… disappointing. We’ve seen romance in plenty of superhero films, all the way back to 1978’s Superman: The Movie. We’ve seen Spider-Man fall in love in pretty much every iteration of his live action adventures. I think it would be far more interesting to see Miles and Gwen establish and grow their friendship as superhero peers, without any messy romantic entanglements. It would be new and refreshing and a welcome break from a number of tropes we see over and over again in superhero films.

What I find more intriguing is the planned animated spinoff Spider-Women, which would spin out of the Spider-verse sequel.

The Gwen and Miles adventure will serve as a launching pad for another Gwen-centric tale: Pascal also confirmed that a previously announced Spider-Women spin-off, written by Bek Smith, will feature Spider-Gwen and Cindy Moon (a.k.a. Silk) as well as Jessica Drew (a.k.a. Spider-Woman).

While a great move creatively, it is certainly a smart business one as well. A study issued this week suggested that female led action films are earning more at the box office than male-led ones right now, no doubt thanks to last year’s Wonder Woman. Additionally, we have Captain Marvel, the female-centric Birds Of Prey (Or The Fantabulous Emancipation Of One Harley Quinn), Black Widow and a Wonder Woman sequel all heading our way over the next couple of years. There is certainly room for Spider-Women as well. And it would also serve as a good way to introduce the character of Silk to audiences ahead of her live action debut which is currently in development at Sony.

Here’s our first look at the Miles Morales-centric animated Spider-Man feature from Sony. [click for more]

It wasn’t the failure of AMAZING SPIDER-MAN 2 but rather scheduling problems that has delayed SINISTER SIX from reaching the big screen. [click for more]

SPIDER-MAN: INTO THE SPIDER-VERSE Cut A Full 10 Minutes Of Completed Animation

It’s rare for an animated film to cut completed footage from the final product, but INTO THE SPIDER-VERSE has a treasure trove of unseen work. [click for more]