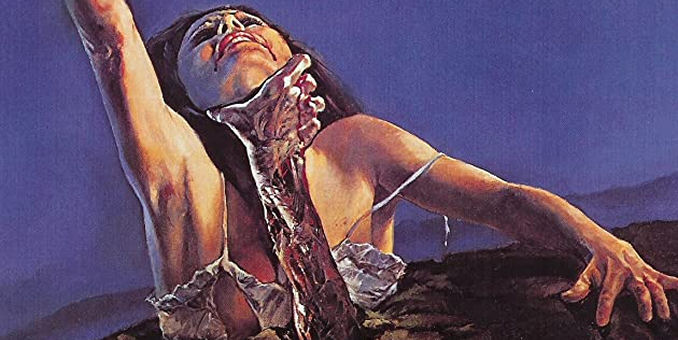 It’s a new dawn of evil over at the Evil Dead franchise.

In an interview with Empire, franchise star and cult icon Bruce Campbell stated that he was not returning to play his dimwitted hero Ash Williams in the next installment of the franchise, but that newly picked Hole In The Ground director Lee Cronin was going to be moving the franchise in a new and more “current” direction. The new installment, currently under development, will feature a female protagonist and will be titled Evil Dead Now.

From this point forward, [the Evil Dead films] kind of have to stand on their own. Which is fine. And liberating. You could have different heroes, different heroines in this case. This one’s gonna be a little more dynamic. We just want to keep the series current. And the mantra, really, is that our heroes and heroines are just regular people. That’s what we’re going to continue.

This news tracks with indications that franchise creator writer/director Sam Raimi gave back last October at New York Comic Con when he stated that while Campbell did not want to return to play Ash again, they were developing a new sequel for the franchise.

I really want more, but Bruce Cambell has said ‘No.’ He’s done being kicked around by me and having me throw [fake] blood in his face. Forty years of those sticky Kayro-syrup shirts, every time he sits down waiting for the next shot then stands up he rips his skin off! He wants to work together be he just doesn’t want to play that role again right now.

But you know, we’re working on a new Evil Dead story. It will be a new director and Bruce will be one of the producers, so he’ll be very much involved in it. Bruce will be in some sense, back with Evil Dead.

This is not the first time that Raimi and Campbell have handed the franchise off to other creative hands. In 2013, Fede Álvarez was handed the Evil Dead reigns and turned in an underrated reboot/continuation hybrid with Jane Levy in the lead.

Raimi created the franchise with lifelong friend Canpbell in the lead in 1979 when they and a small cast and crew ventured into the Tennessee woods to film an small indie horror film with a $90,000 budget. ThHe result proved to quickly become a cult favorite thanks in part due to the sudden explosion in home video and in part due to a glowing review from horror master Stephen King. It was in the franchise’s first sequel – Evil Dead 2 (1987) – that the series got it’s first injection of the slapstick comedy it is well known for. A second sequel, Army Of Darkness, followed in 1992 while the follow-up TV series Ash Vs Evil Dead ran on Starz from 2015 to 2018.

The Classic: Sam Raimi And The 1973 Oldsmobile Delta 88

We take a ride with the director’s favorite trademark. [click for more]

Is no news good news for the video game adaption? [click for more]

How “Ash Vs Evil Dead” Could Bring About EVIL DEAD 4

Will Ash’s struggles against the Deadites eventually make their way back to the big screen? [click for more]