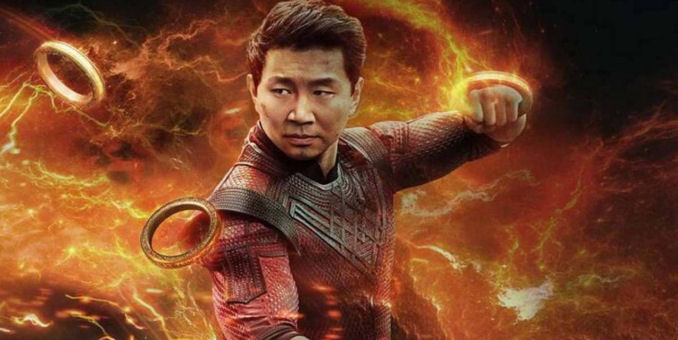 Shang-Chi And The Legend Of The Ten Rings introduces a new character into the pantheon of superheroes that inhabit the Marvel Cinematic Universe in the form of the titular martial arts master. And that means that his story will soon become a part of the bigger tapestry of stories being told across the MCU. But what form will that take? In the film’s two closing credits scenes, we get clues as to what paths Shang-Chi and his sister Xialing may be taking as Marvel continues its Phase 4 cycle of films. (Spoilers, obviously.)

The Ten Rings, The Artifact 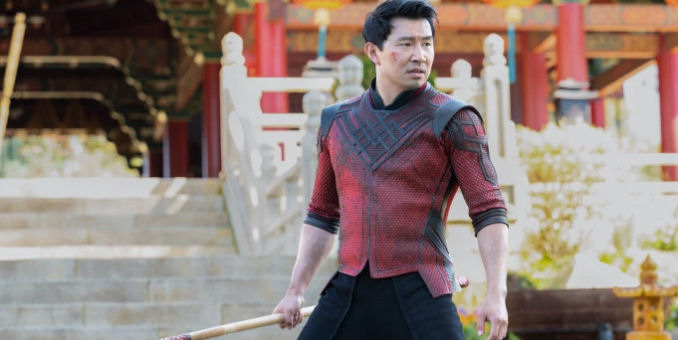 The film’s mid-credit scene picks up almost immediately from the events of the film’s closing moments. Shang-Chi and Katy are with Wong in a library of some sort. But they are not alone. They are joined by two familiar faces as holograms – Carol Danvers, aka Captain Marvel, and Bruce Banner, aka the Hulk. Wong and the two Avengers have some concerns about the power level and origins of the Ten Rings that Shang-Chi now wields.

“They don’t match any artifacts from our codex,” states Wong.

Bruce is also mystified by the Rings. He rules out their being made of vibranium and asks that perhaps they may be left over from the Chitari invasion in the first Avengers film. Carol disagrees, saying that they look like no alien technology she is familiar with.

Shang-Chi states his father had the rings for about a thousand years, but Bruce states that the Rings’ thermoluminescene suggests that the Rings are much older than that.

Wong notes that when Shang-Chi first used the Rings, the sorcerers at Kamar-Taj, where Wong and Doctor Strange were trained by the Ancient One, felt their power. Further analysis show that the power radiating from the Rings is a beacon, but as for what kind of message it is sending and who remains a mystery.

As the meeting breaks up, Bruce cautions Shang-Chi and Katy to stay safe and says “Welcome to the circus,” in regards to the larger and more dangerous world of superheroes they have found themselves thrust into. Wong says that they will have to get used to events in their lives being hard to take in at times. “The trajectory of your lives will be like nothing you’ve ever experienced before. There is no going back.”

So where do the Rings fit into the overall storylines we are seeing emerging for Marvel’s Phase Four? Currently, we have three different storylines starting to weave their way through Marvel’s movie and television projects.

We have an espionage storyline that seems to have seeds in both The Falcon And The Winter Solder Disney+ series and the Black Widow movie and which will most likely play out further in Disney+’s Hawkeye later this fall. There is the multiverse storyline that started in Loki and looks to run through Spider-Man: No Way Home and Doctor Strange In The Multiverse Of Madness and possibly even 2023’s Ant-Man And The Wasp: Quantumania. Finally, there is a storyline involving the alien shape-shifting Skrulls that started in Spider-Man: Far From Home, got a little momentum in a tag scene at the end of the WandaVision series and looks like it could move through next year’s Secret Invasion over on Disney+ as well as possibly the theatrical film The Marvels.

The mystical nature of the Rings seems to exclude them from being part of the either the espionage plot that is heading towards Hawkeye or the more science-fiction-y plot involving the alien Skrulls. But going by what we know so far about the Rings and the multiverse storyline that will be playing out through the Spider-Man and Doctor Strange films, it doesn’t seem like a good fit there either.

That is even presuming that the Rings are magic and not just proof of writer Arthur C Clarke’s maxim about sufficiently advanced technology being indistinguishable from magic. It seemed like Wong, Danvers and Bruce weren’t exactly sure where the Rings fell in relation to either technology or magic. And that seems a bit worrying.

There is the possibility that what we are seeing is the start of a new storyline for Phase 4 and possibly even beyond. There are still nine films and eight Disney+ series to be unveiled between now and the end of 2023. That a lot of room for more than just the three storylines we can identify. Worse case scenario, this is just setting up a mystery to be explored in a direct sequel. But with Wong, Banner and Captain Marvel all very concerned about the Rings, it feels like their story won’t be confined to just a direct sequel. 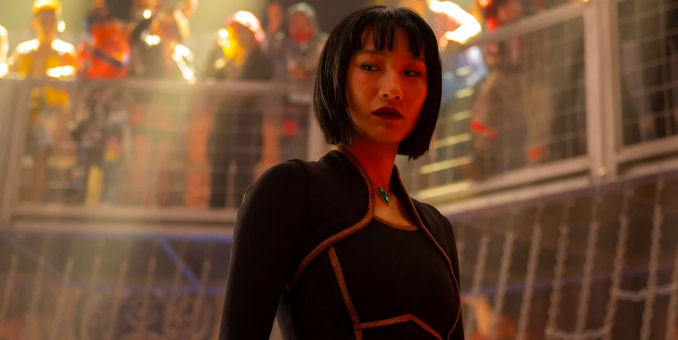 Towards the end of the film, Shang-Chi states that his sister Xialing stayed in China to dismantle the remains of the Ten Rings organization. But it seems she lied to him about her plans as the film’s second end credit sequence shows her firmly in command of the Ten Rings and working to rebuild the organization. As the final shot pulls back from Xialing sitting on her father’s throne, we see that she has rejected her father’s feelings about women not being able to train to be part of the Ten Rings’s army. And then, as if it to drive it on home, the shot cuts to a title card that promises, James Bond-style – “The Ten Rings Will Return”

The only question is when will they return? If we look at the three storylines we already see growing in Phase 4, it seems most likely that a revived Ten Rings terrorist organization could fit into that espionage story unfolding next in Hawkeye. But like trying to fit Shang-Chi’s rings into the only magic-related story currently going on in the MCU, bringing the Ten Rings into the espionage-related story next slated to pop-up in Hawkeye doesn’t quite feel like a proper fit, except maybe tangentially. But as the movie seemingly leaves Shang-Chi and Xialing on opposite sides – she did lie to Shang-Chi about what she was off to do after all – perhaps both scenes are there to set up a potential Shang-Chi sequel.

The studio reschedules BLACK WIDOW, which pushes everything in their lineup further back on the release calendar. [click for more]

Rumor: THE ETERNALS Soon To Enter The Marvel Cinematic Universe

THE ETERNALS definitely has the potential to be adapted into a film, and it looks like that film will be coming to us sooner rather than later. [click for more]

A new sizzle reel from Marvel Studios promoting the theatrical experience for seeing their upcoming films offers a few new glimpses at things that they have in store. [click for more]