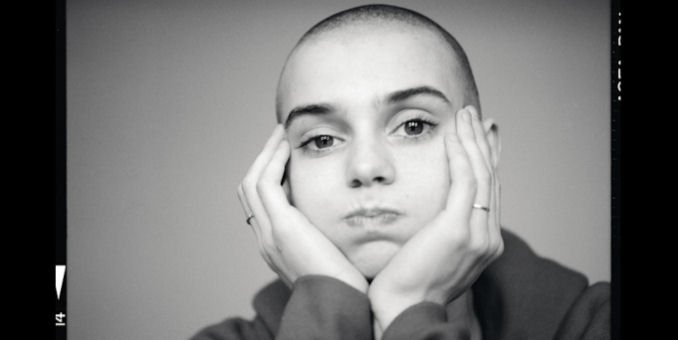 This review of Nothing Compares originally premiered as part of our coverage of this year’s Sundance Film Festival where it premiered. We re-present it as part of coverage of the Tribeca Film Festival where it will screen at the festival starting on Friday June 17 and will be available through the festivals virtual theater starting Sunday June 19.

When she first burst onto the music scene with her debut album The Lion And The Cobra, Irish singer Sinead O’Connor’s public persona in interviews seemed shy and soft-spoken. But as her fame grew, so did her confidence and soon she was speaking out about injustices she saw around her. It was growth that would win her fans and supporters and it was that self-assurance that would also make her a polarizing figure, pissing off the very vocal people she was criticizing.

That is the backbone of director Kathryn Ferguson’s new documentary Nothing Compares, a ferocious reminder as to who the singer actually was when it seems that all that is remembered about her now is one scandalous incident on Saturday Night Live.

Ferguson charts the life of the Irish singer from her earliest days growing up in Dublin and facing abuse at the hand of her mother, whom she describes as “a beast.” Growing up in country dominated by patriarchy and the Catholic Church, O’Connor distinctly felt like a second class citizen, one who was rendered less-than others simply because of her gender. It was a conviction that was cemented in her teens years when she was sent to a reform school following a shop-lifting conviction. The school was next to one of Ireland’s infamous Magdalene laundries, where she saw how women were discarded by their families for such “crimes” ranging from being flirtatious to getting pregnant out outside of marriage. (It didn’t matter if it was consensual or if the woman was raped. It was always the woman’s fault.) It was here where she saw the people of Ireland as abused as she was by the same patriarchal system.

But for someone who had such an abusive experience at the hands of her own mother, when the nineteen-years-old O’Connor found herself pregnant, she welcomed the opportunity to be a mother herself. (In yet another controlling move, an executive at her record company where she was recording her first album suggested abortion.) And while the documentary doesn’t dwell on the maternal side of O’Connor, the small bit included here does show how she was already coming to grips with the abuse she suffered and how she was working to break that cycle for herself. Unfortunately, the recent death of O’Connor’s third son does cast an unintended bittersweet pall over the segment.

O’Connor first channeled that rage through her music, with her debut album The Lion And The Cobra, but even that was a battle. The record label wanted one image of her, so O’Connor shaved her head in defiance. That punk look, couple with her ethereal, angelic voice created a frisson that would captivate the record buying public, sending the album up the charts. Although in her initial television appearances, she appeared demure, soft-spoken and not accustomed to the spotlight she found herself thrust into, the film does chart her own growth of confidence to where she was speaking some very uncomfortable truths to power. And when she did not want the “Star Spangled Banner” played before a concert in New Jersey as was the venue’s practice because of her feelings over the then-current Gulf War and months later when she ripped up a photo of the Pope at the end of a performance on Saturday Night Live, it became apparent how much truth telling certain people were willing to put up with.

It is hard to not see the misogyny O’Connor was facing even when outside of Ireland. In addition to run-ins with image-conscious record label executives, the film delivers a number of different clips of appearances on talk shows where the predominately male hosts asked belittling questions about her appearance. After the decidedly mixed reception the singer received at the 30th Anniversary Bob Dylan concert celebration at Madison Square Gardens just a few days after her infamous Saturday Night Live appearance, the film quotes musician John Grant, “People who would boo Sinead O’Connor? What were they doing at a Bob Dylan concert?”

Although O’Connor would never again see the heights of fame that she had before the SNL incident, Nothing Compares gives a coda that shows she did continue to tour and release new albums. It also argues for her being one of the leading calls for the changes Ireland finally began enacting only recently. And one gets the feeling that this is a legacy she is more proud of than any record industry standard.

Tribeca Film Festival 2022: WE MIGHT AS WELL BE DEAD A Warning Against Creeping Fascism

The debut film from director Natalia Sinelnikova takes a look at how fear can lead to a society turning on itself. [click for more]

A new documentary takes a look at the creation of the iconic and influential PBS series READING RAINBOW that encouraged children to read. [click for more]

For decades the executive leadership of the Boy Scouts of America hid the alarming number of incidences of sexual abuse from scout leaders against their young members. [click for more]