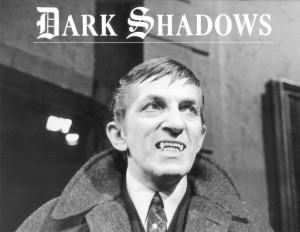 It’s been on their “To Do” list for sometime now, but it looks like Johnny Depp and director Tim Burton are finally getting around to their big screen adaptation of the 1960s Gothic cult soap opera Dark Shadows.A report from Deadline states that cameras should begin rolling in the film next April.

Depp will star as the vampire Barnabas Collins, who is looking for the reincarnation of his long-lost love among the scheming members of his family’s descendants in modern day Maine.

The project had been discussed for some time now, with John August first turning in a script almost three years ago. Novelist Seth Grahame-Smith, who’s popular horror historical mashup Abraham Lincoln: Vampire Hunter is in the process of being developed as a film, is currently taking a pass through the script prior to filming.

Unfortunately, with Dark Shadows going ahead in the spring puts Depp’s participation in Katheryn Bigelow’s Triple Frontier in doubt. Depp was scheduled to star opposite Tom Hanks in a story about Latin America organized crime.

About Rich Drees 7022 Articles
A film fan since he first saw that Rebel Blockade Runner fleeing the massive Imperial Star Destroyer at the tender age of 8 and a veteran freelance journalist with twenty-five years experience writing about film and pop culture. He is a member of the Philadelphia Film Critics Circle.

Earlier this fall, we got a look at some photos for some of the Superman costumes being developed for director Tim Burton’s aborted Superman Lives project. At the time, I wasn’t very impressed with what [click for more]

12 Films You Should Be Looking Forward To This Fall

The fall film schedule is filled with a number of great films to tide you over until the holiday and awards season hits in a few months. [click for more]

Why is this Batman smiling? No, really, why is he smiling? [click for more]