Disney has released six high resolution photos of their upcoming Pirates Of The Caribbean: On Stranger Tides with Johnny Depp once more playing Captain Jack Sparrow. This new installment will see Captain Jack crossing paths with a beautiful woman from his past (Penelope Cruz) as well as the pirate Blackbeard (Ian McShane). Click on each picture for a much bigger look. 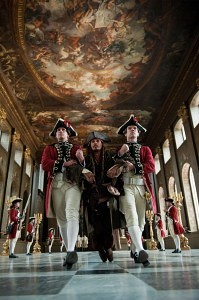 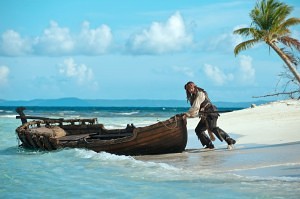 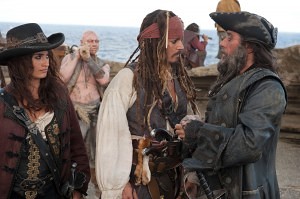 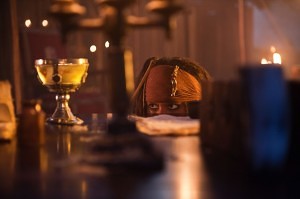 About Rich Drees 6723 Articles
A film fan since he first saw that Rebel Blockade Runner fleeing the massive Imperial Star Destroyer at the tender age of 8 and a veteran freelance journalist with twenty years experience writing about film and pop culture.

First Blackbeard Pic From PIRATES OF THE CARIBBEAN 4

In case you didn’t realize it, this new picture (courtesy of the film’s Facebook page) of Ian McShane as Blackbeard in Disney’s upcoming Pirates Of The Caribbean 4: On Stranger Tides hammers home the fact [click for more]

Will he move from Captain Jack to Sorcerer Supreme? [click for more]

Catch A Train With The Second LONE RANGER Trailer

The second trailer for Disney’s The Lone Ranger has been released. Thanks to it clocking in at a minute longer than the first, it goves us a bit more of his origins for the uninitiated, [click for more]