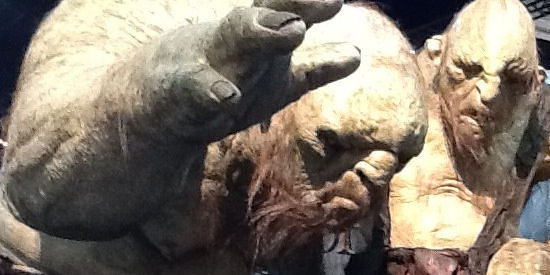 With this year’s San Diego Comic Con kicking off today, lots of comics movie and genre related news has been flying out fairly furiously and some of it seems to have zipped right by most of the major news sites. One such item was our first look at the three trolls from Peter Jackson’s upcoming The Hobbit: An Unexpected Journey via Bleeding Cool. Not a big story to be sure, and we sort of know how they would look from their more calcified appearance in the Extended Edition of The Lord Of The Rings: The Fellowship Of The Rings. 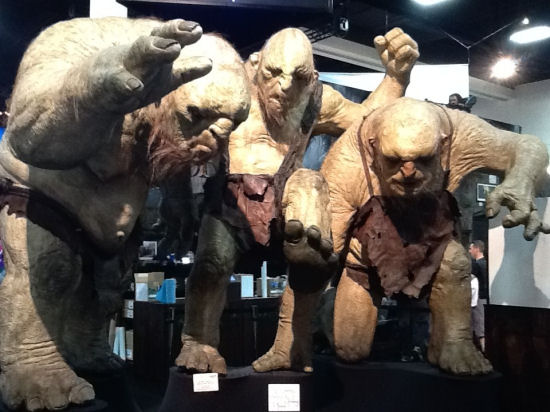 “No one cry when Jaws die. But when the monkey die, people gonna cry.” So stated producer Dino De Laurentiis in an October 1976 issue of Time Magazine prior to the release of his remake [click for more]

MGM’s continuing monetary woes have put the latest James Bond installment on hold, the studio’s remake of Red Dawn and the Joss Whedon-produced Cabin In The Woods on the shelf pending funds for their release [click for more]

Orlando Bloom Confirmed For THE HOBBIT

Bloom is now officially back for the prequel films. [click for more]