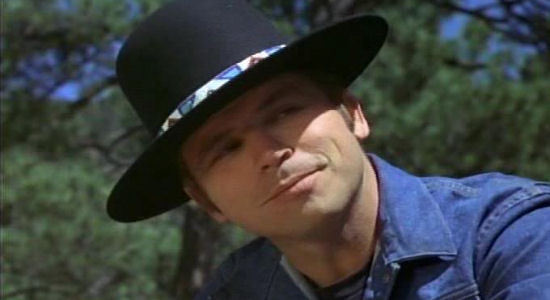 Tom Laughlin, the actor/director who found fame in a series of exploitation films as the character of Billy Jack, a part-Native American Vietnam veteran, died Thursday at his home in Thousand Oaks, California. He was 82.

Laughlin created the character of Billy Jack for the motorcycle exploitation film The Born Losers which he wrote and directed under the pseudonym T.C. Frank. The film proved to be a box-office hit and Laughlin spun off the Billy Jack character into three revenge-themed films – Billy Jack (1971), The Trial Of Billy Jack (1974) and Billy Jack Goes To Washington (1977). Although popular with audiences, the films often drew criticism for their level of violence and its use in pursuit of vigilante justice.

But the Billy Jack series almost stalled out before it could really begin. As Laughlin was filming Billy Jack, producers American International Pictures decided to drop the project bringing production to a temporary halt. He was able to secure funding from 20th Century Fox to complete the film, but when they saw the finished project, the studio refused to release the picture. Laughlin sued the studio and won, eventually releasing the film independently in 1971. Although the movie’s soundtrack yielded the Top 40 hit “One Tin Soldier,” the film did not do well in its initial release. Laughlin re-released it two years later and it was then that it found its audience, eventually taking in more than $40 million.

A college football player, Laughlin decided he wanted to try acting after he saw a production of A Streetcar Named Desires. He appeared in guest-starring roles on numerous television series through the 1950s and 60s and started taking roles in such films as These Wilder Years, Tea And Sympathy, South Pacific and Gidget. He landed his first starring role in Robert Altman’s 1957 film The Delinquents. Laughlin took his first try at directing later that same year with the romantic drama The Proper Time shot on the UCLA campus in six days with a budget of $20,000. After the box office failure of the last Billy Jack film, Laughlin only worked on a few more films, including the 1978 version of The Big Sleep and the 1981 mega-dud The Legend of the Lone Ranger.

About Rich Drees 6996 Articles
A film fan since he first saw that Rebel Blockade Runner fleeing the massive Imperial Star Destroyer at the tender age of 8 and a veteran freelance journalist with twenty years experience writing about film and pop culture. He is a member of the Philadelphia Film Critics Circle.
Subscribe

NPR kept mentioning this story this morning, but oddly enough, did not play Coven’s “one Tin Soldier Rides Away”, a song I will forever associate with “Billy Jack.”