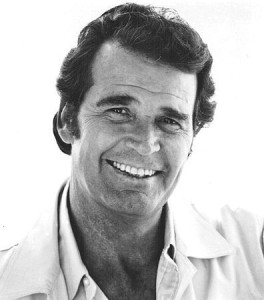 James Garner, the actor whose roguish good looks served him well in both dramatic and comedic roles, has died last evening at his home in the Brentwood area of Los Angeles. He was 86.

Garner’s career exploded when he starred in the 1959s western Maverick. The show was a huge hit, but after a few years, he felt that the show was starting to grow stale creatively. Utilizing a loophole in his contract, he managed to leave the show in 1960.

Heading to films, Garner spent ore than a decade appearing in films that would go on to be considered classics. The first in the roll was The Children’s Hour (1961), where he appeared opposite Audrey Hepburn and Shirley MacLaine in William Wyler’s remake of Lillian Hellman’s lesbian drama. Nineteen sixty-three turned out to be Garner’s biggest year with a role in the enseble World War II adventure film The Great Escape and two hit pairings with Doris Day — the comedies The Thrill Of It All and Move Over Darling. He filled out the rest of the decade with films in a number of genres including thrillers (36 Hours, 1965), westerns (Support Your Local Gunfighter, 1969) and romantic comedies (The Americanization Of Emily, 1964).

Garner returned to TV in 1974 as the down-on-his-heels private investigator Jim Rockford in The Rockford Files. The show proved a hit and ran for six seasons. After Rockford Files ended, Garner continued to appear in a number of films including the comedies Victor Victoria (1982) and Tank (1984) and the western Sunset (1988) as an aging Wyatt Earp. He would receive an Academy Award nomination for his role in the 1985 romantic comedy Murphy’s Romance.

About Rich Drees 6619 Articles
A film fan since he first saw that Rebel Blockade Runner fleeing the massive Imperial Star Destroyer at the tender age of 8 and a veteran freelance journalist with twenty years experience writing about film and pop culture.
Subscribe

i think i will do a J turn in his honor. with the kids in the suv. gotta teach em about jim rockford.