At the risk of making the understatement of the year, it seems as if North Korea is none too happy with The Interview, the Seth Rogen – James Franco comedy in which an assassination plot against the dictator of the totalitarian regime figures. But this isn’t the first time that the country and its government been portrayed as the bad guys in the movies. Here are just a few other films in which they have remained curiously silent about their depiction.

One of the two White House-under-siege-by-terrorist films that hit theaters in 2013, Olympus Has Fallen finds its villains in a group of North Korean commandos lead by Rick Yune (above) who have infiltrated a South Korean diplomatic visit to the President of the United States. Of course, their plan is spoiled by Gerard Butler, but not before the bad guys almost set off every US nuclear warhead in their silos and also inspire an invasion of South Korean by the North. of course, some computer hacking by the North Koreans is involved in the plan, so maybe they don’t mind the film so much.

When MGM went to remake John Milius’s 1984 Cold War fantasy Red Dawn, director Dan Bradley knew that the original’s invading Soviet army was as dated as some of the film’s hairstyles. The solution to update the invaders to Communist Chinese seemed like a good idea at the time, right up until someone, most likely in the studio’s marketing department, that having the Chinese be the bad guys would probably preclude the film from being shown in China, which has been a rapidly growing market for Hollywood’s output. Some quick digital editing and the invading Chinese army now hailed from North Korea. Never mind the fact that North Korea’s army is so small I dare say that it would have trouble mounting a successful invasion of Rhode Island. Needless to say, the movie bombed. 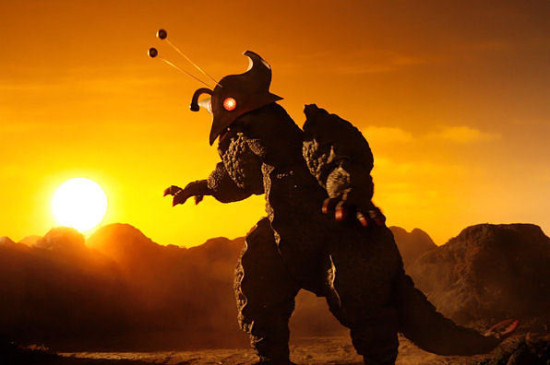 Political satire is probably one of the last things you would expect to find in a giant monster movie, but it is one of the main components of director Minoru Kawasaki’s 2008 rather biting kaiju film Monster X Strikes Back: Attack The G8 Summit. Giant monster attacks are always inconvenient, but no more so when they happen at an economic summit meeting of world leaders. Of course, nationalistic egos come into play and soon each country is proposing their own solution to ridding Japan of the monster Guilala who has appeared in the wake of a crashing meteor. Amid all the jingoistic posturing from the world leaders, a former Japanese prime minister reveals himself to really be the leader of the “North Country,” aka North Korea. With a group of spies disguised as translators, he takes the assembled world leaders hostage, threatening to use a nuclear missile to destroy the monster. Never mind the fact that doing so will cause the monster’s spores to travel around the world creating hundreds more such giant creatures.

When South Park maestros Trey Parker and Matt Stone were told that their plan to take the screenplay from the then-in-production climate change disaster movie Day After Tomorrow and film a competing version with marionettes would actually be a massive case of copyright infringement, they turned around and created their own marionette movie Team America: World Police. A Massive twisting knife in the back of the bloated spectacle and pandering patriotism of action director Michael Bay’s oeuvre, the film’s ultimate badguy is revealed to be none other than North Korean despot Kim Jung Il, who mopes around his palace singing about how “ronery” he is when not dropping United Nations weapons inspectors into tanks filled with giant piranhas. If that wasn’t enough, when his plan to bring the world to war by manipulating the Film Actors Guild fails, Jung Il is revealed to actually be an alien cockroach in a human robot body. Oddly enough, the North Korean government never had too much to say about that. 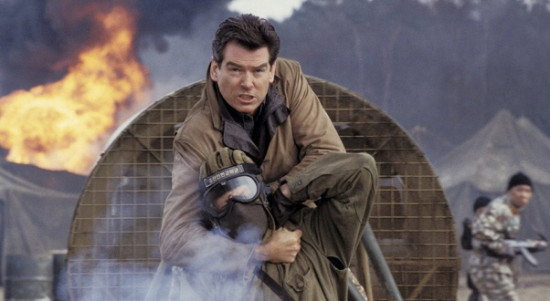 With the Cold War over the Bond franchise found itself casting around for a new nemesis for the British super spy. In Die Another Day, we have him squaring off against the North Koreans, first in a mission that goes wrong and leaves him a prisoner of the government for a year and then after his release when he tries to find out who it was who betrayed him on the mission. Understandably, there was some protest from the North Korean government over how their country was depicted in the film and made some small noises of protest. But their displeasure didn’t compare to those of the critics, who rated it one of the lesser films in the franchise.

About Rich Drees 6619 Articles
A film fan since he first saw that Rebel Blockade Runner fleeing the massive Imperial Star Destroyer at the tender age of 8 and a veteran freelance journalist with twenty years experience writing about film and pop culture.

The movie weekend starts early this week with a couple of family-oriented films… and the remake of RED DAWN. [click for more]

Obama On Sony Pulling THE INTERVIEW: “I think they made a mistake.”

Sony responds: “We have not caved. We have persevered. And we have not backed down.” [click for more]

THE INTERVIEW: Will They Or Won’t They Release It?

We’re going to see this film one way or another. [click for more]