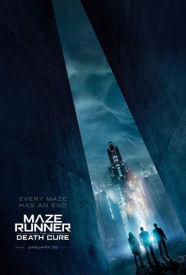 Ever since the first Maze Runner film was released in 2014, I have been wondering if the franchise adapting the dystopian Young Adult novel trilogy could last long enough to reach its conclusion. And somehow, despite dropping critical interest and box office receipts, we have arrived at that finale. While not even a production-halting injury to star Dylan O’Brien could keep this final installment, The Death Cure, from making it into theaters, the result is still a disappointment.

We follow Thomas (O’Brien) and his “scooby gang” trying to rescue children from the clutches of WCKD (pronounced “wicked,” hint hint, they’re evil), a global health research organization who are harvesting children to find a cure to a plague that is wiping out the human race. It just so happens that these children are immune to this disease. Once they are saved by Thomas, he hopes to find a new Eden away from WCKD to live in peace as well as restart the human race.

The Death Cure does not take any risks despite actively having places where it would have been appropriate. Even though the second half is more enjoyable than the first, thanks to higher stakes and tension, the film still seemed squeamish about pushing its boundaries further. Even given it’s run-time of almost two and a half hours, there could have been more depth. Many characters are incomplete, missing motive, backstory and humor. This is disappointing as the filmmakers are wasting the talent of these actors by not giving them anything to work with. The pacing of this film was off, with the first hour and a half being unnecessary slow. The editing was just as troublesome. For one such section, two scenes are placed back to back, jarringly cutting from a nighttime campfire to shot of the sun the next morning. There could have been a better way to show passage of time then blinding the audience.

That being said, there were also pieces of this film that could have been more interesting, if, it was done properly. At the end of the movie, a war breaks out between two factions of the human population – those in WCKD and those neglected by their enterprise. Thomas and a small group are trapped on the streets between the two as if they were in Black Hawk Down. The lack of significant character development and motivation for the leader of the anti-WKCD forces makes the entire revolution itself seem worthless by extension.

At the end of the day, The Death Cure follows the cliches of most young adults series. It will also probably be the last of these types of films for a while, as this current cycle of YA adaptions appears to be fizzling to an end. While it was never the best example of the genre, at the least The Maze Runner managed to cross the finish line, which unfortunately is more than we can say about some of its better competitors. 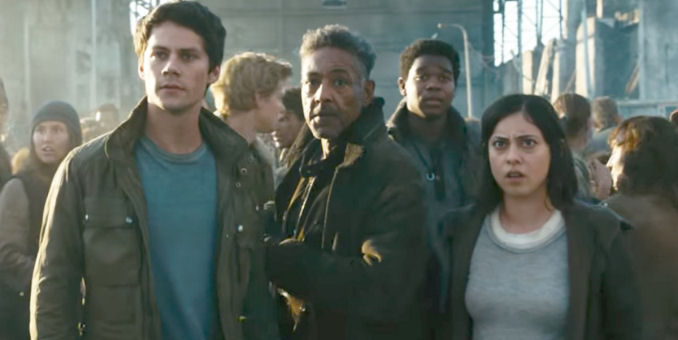 About Natasha Bogutzki 23 Articles
As Maleficent did to Aurora, Natasha was cursed from infancy. Not with death, but with a love of film; indies, foreign films and pop culture alike. She is also an amateur screenwriter and has learned much from almost of decade of journalism. She still has much to learn, thankfully experience is always the best teacher.

New Releases this week include MAZE RUNNER: THE DEATH CURE and, opening in wide release after a limited engagement, HOSTILES. [click for more]