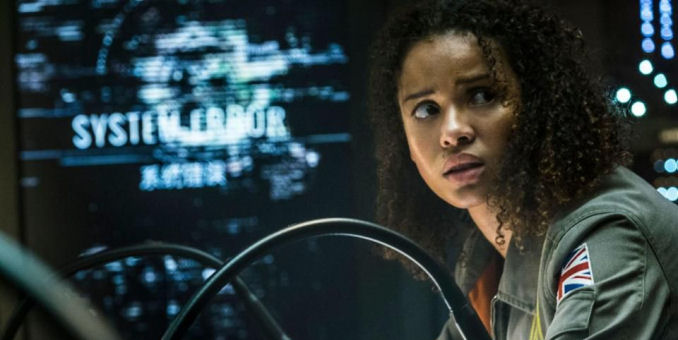 Two weeks ago, Netflix surprise released The Cloverfield Paradox immediately after the Super Bowl. The streaming service had just bought the anticipated third installment of the science-fiction franchise and the release and its announcement created a bit of a stir in social media. But did that excitement translate into big viewership of the film for Netflix?

While Netflix is famously guarded over the viewership numbers for its original programming, but the latest Streaming Video On Demand Ratings report from Nielsen states that Cloverfield Paradox drew an average of 2.8 million viewers per minute over its first three days of availability. Over the film’s first seven days it managed 5 million average viewers, with its biggest day being Monday, February 5, with nearly 1.3 million viewers. By comparison, Nielsen stated that the Will Smith-starring fantasy buddy cop film Bright had 11 million viewers over the first three days of its launch on the service.

Now we have no way of knowing what expectations Netflix had for the film, but those expectations couldn’t have been low if they were willing to invest in a prime time Super Bowl spot to announce its launch. And given that they did put out that kind of cash, they had to be expecting better viewer numbers than what they got.

So what went wrong exactly?

Well, perhaps releasing the film on a Sunday evening at 10:30 was not the most opportune time for people to start watching. I think it is fair to say that the majority of people watch content, whether it be films or binging TV series, on Netflix on the weekends. Even if you’re excited about watching a new Cloverfield film, the specter of having to go to work the next morning, especially after having just finished watching one of the biggest sporting events of the year, is probably too great to want to stay up an additional hour and forty minutes to watch it. By contrast, Bright was released on Netflix on a Friday, just like a regular theatrical blockbuster. It’s viewing figures are perhaps more reflective of how many subscribers view movies on the platform.

It would be interesting to know the number of people who placed the film into their streaming queue with the intention of catching up with it at a point in the near future. It would also be interesting to see who actually did so.

But ultimately, Netfix’s viewership figures for Cloverfield Paradox‘s debut week only carry so much weight. Sure it is interesting to see how their surprise advertisement converted into eyeballs for the actual film. But Netflix is playing a longer game. The film will live on the service for longer than it would have in the theaters. And even though it is not specifically bringing revenue, it still stands as a prestige piece that builds Nexflix’s aggregate profile.

About Rich Drees 6746 Articles
A film fan since he first saw that Rebel Blockade Runner fleeing the massive Imperial Star Destroyer at the tender age of 8 and a veteran freelance journalist with twenty years experience writing about film and pop culture.

The latest comings and goings for the streaming service. [click for more]

Netflix Hikes Subscription Rates By Over 60%

The studio is pulling back the availability of their films on the popular streaming service as they start plans to launch their own. [click for more]