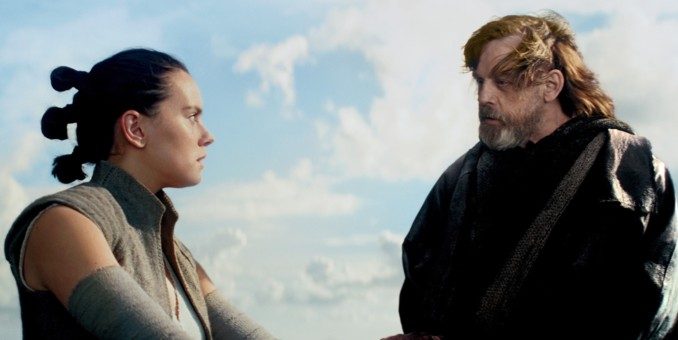 Not content to be sowing discord in the US over politics, it appears as if Russian ‘bots are also causing strife in fandom.

That’s the conclusion of a new academic paper titled Weaponizing The Haters: The Last Jedi and the Strategic Politicization of Pop Culture Through Social Media Manipulation. (You can read the full paper here.)

Researcher Morten Bay took a look at the online reaction to last December’s Star Wars: The Last Jedi and came to an interesting, and somewhat troubling, conclusion. In his findings, he concludes that the large divide amongst Star Wars fans over the movie has in part been the result of “deliberate, organized political influence measures disguised as fan arguments.” He further goes on to state that the purpose of this manipulation of fans is not just to attack Star Wars fandom itself, but part of a larger scheme to cause strife.

The likely objective of these measures is increasing media coverage of the fandom conflict, thereby adding to and further propagating a narrative of widespread discord and dysfunction in American society. Persuading voters of this narrative remains a strategic goal for the U. S. alt-right movement, as well as the Russian Federation.

Bay does say that a portion of the negative reaction to The Last Jedi does come from disappointed fans, or as he calls them “fantagonists.” But he does categorize two other groups as contributing to the online discord – trolls and those with a political agenda. And alarmingly, Bay finds “50.9% of those tweeting negatively [were] likely politically motivated or not even human.”

Looking at the content of the negative online feedback to the film, Bay is able to puncture on argument that was made over and over – that the new films produced after LucasFilm was bought by Disney and overseen by LucasFilm CEO Kathleen Kennedy have been politicized, specifically with liberal ideals such as diversity. Instead Bay argues that it is the fans who have already been polarized by the prevailing political discourse in the country that are suddenly seeing things in the franchise differently.

[S]ince the political and ethical positions presented in the new films are consistent with older films, it is more likely that the polarization of the Trump era has politicized the fans. The divisive political discourse of the study period and the months leading up to it, has likely primed these fans with a particular type of political messaging that is in direct conflict with the values presented in The Last Jedi.

[Politically to the right viewers] saw its arguments for equality of gender, race and class as a new, leftist takeover of Star Wars, even though Star Wars has always been politically left-leaning. The Last Jedi is unique in that it landed in the Trump era, acting as a lightning rod at a time when most cinemagoers had chosen a political side for or against the president and adopted the “obsessions and resentments” of their political camp, with social media acting as the primary battleground.

Bay does stress that only 21.9% of the tweets analyzed in his study were negative in the first place. Once you factor out the politically motivated tweets and the trolls, the negative reaction to the film on social media shrinks rather dramatically.

[It is] important to stress, of course, that there are also a substantial number of fans who simply think The Last Jedi is a bad film and who use social media to express their disappointment… Regardless of motive, almost all negative fans express the belief that they are in the majority and that most Star Wars fans dislike The Last Jedi…

First and foremost, the data does not support claims that a majority of fans are so dissatisfied with The Last Jedi that they wish to boycott further Star Wars releases under Disney ownership. Whether you consider the 21.9% (including, political activists, bots and trolls/sock puppets), or the 10.5% (excluding them) tweets expressing a negative attitude towards The Last Jedi, it is clear that a majority is satisfied, more than satisfied or non-committal in their attitudes. It is also shown that a majority of the negative fans with clear gender identifications identify as male, with only a miniscule fraction of negative fans identifying as female. Approximately one in three negative fans express misogynist, anti-progressive, anti-social justice or conservative views. When some detractors of The Last Jedi correctly claim that it is an injustice to place these labels on all negative fans, these detractors also have to contend with the fact that the labels actually fit a large portion of their faction.

About Rich Drees 6943 Articles
A film fan since he first saw that Rebel Blockade Runner fleeing the massive Imperial Star Destroyer at the tender age of 8 and a veteran freelance journalist with twenty years experience writing about film and pop culture.
Subscribe