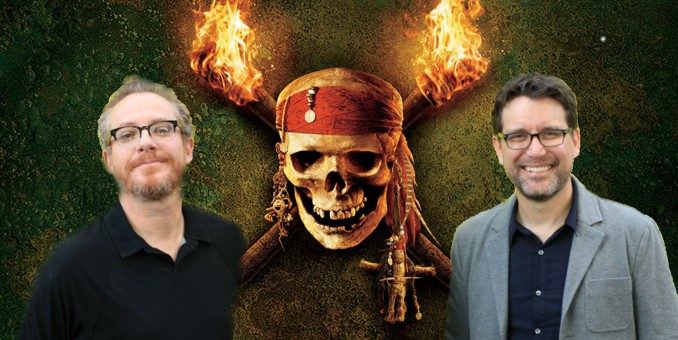 The Deadpool franchise might be dead on arrival when it hits Disney, but not for the reasons you might think.

Deadline is reporting that Disney is talking with the writers of that franchise. Paul Wernick and Rhett Reese, to start work on a reboot of their Pirates of the Caribbean franchise.

The franchise, based on one of Disney’s theme park attractions, has made over $4.5 billion for the studio over 14 years. However, the last installment, 2017’s Pirates of the Caribbean: Dead Men Tell No Tales, was considered a disappointment in relations to projections.

Part of the disappointment comes from Johnny Depp, whose box office returns no longer justify his enormous salary. Add to that his off-set tabloid-worthy lifestyle and the negative attention it brings, and Disney will be more than ready to move on in a new direction away from Depp.

Also, they are moving away from the writing team of Terry Rossio and Ted Elliot, who have been involved in every Pirates film and were attached to the planned sixth film that will likely be scrapped if this news is true. This change of guard seems a bit too much of a coincidence coming so soon after Rossio took to Twitter to complain about not being compensated for the live-action Aladdin swiping entire lines of dialogue from the animated original he co-wrote. Maybe it is just a coincidence, but it seems to to set an example that if you speak out against the House of the Mouse, then you might not work for them much longer.

More on this as it develops.

Is Fox Forcing A PG-13 Rating On DEADPOOL?

Fans were hoping for a harder-edged, R-rated adaptation. [click for more]

And THE LONE RANGER Is…

Lewis Black is so perfect for Anger that it would have been a shame not to cast him. [click for more]