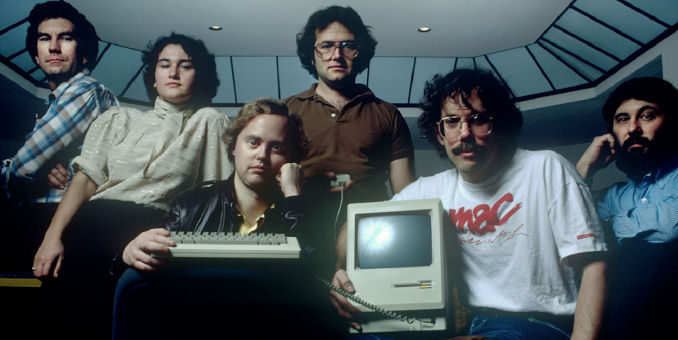 We reviewed General Magic when it screened at the 2018 Tribeca Film Festival. We re-present that review as it is now going into general release today.

“A lot of people in the Valley have this idea that they’re changing the world,” states tech journalist Kara Swisher at a point early on in the documentary General Magic. She is speaking in regards to the drive needed to found a Silicon Valley start-up, the absolute conviction that the idea they are developing is revolutionary enough that it will alter people’s lives, hopefully for the better. “It’s mostly bullshit. But they have to believe it. You’re not changing the world with a photo app.”

But the employees of 1990’s Apple spinoff General Magic were actually on a path that would have changed the world as they embarked on the creation of a product that bares more than a passing resemblance to the modern smart phone. Led by a charismatic CEO and boasting a rockstar line up of computer engineers and programmers, General Magic should have led a tech revolution that would have altered life in the `90s and beyond.

Instead, it crashed and burned.

Matt Maude and Sarah Kerruish’s documentary takes us through the rise and fall of what has been described as “the most important company to come out of Silicon Valley that no one has ever heard of.” The directors have managed to enlist a number of former General Magic employees, from CEO Marc Porat on down, to tell their story. All speak candidly, if with a hint of nostalgia, about their days with the company and the unprecedented creative environment that was fostered there. The General Magic crew knew that thy were potentially creating a paradigm-shifting device, which they were calling the Pocket Crystal, so they even had a film crew occasionally on site documenting their progress. Maude and Kerrais use this footage to supplement the talking head interviews and old news footage in a way that helps illustrate the palpable excitement and energy among the young company’s rank and file.

So what went wrong? It appears as if the culprit could be the decision to not have a project manager riding herd over the engineers developing the Pocket Crystal. On its surface, it seems like a good idea; one that lets designers and programmers pursue their muses in developing new applications for the product. But that freedom also leads to developers letting crucial deadlines slip past while they try and perfect trivial tangential projects like a coin-flipping app. And those missed deadlines soon reached a critical mass with announced milestone dates coming and going without the stated goals of the project being met. It did not instill confidence in either investors or consumers. The emergence of the internet and even being undercut by their own parent company in the form of Apple’s Newton PDA also served to hasten the demise of the company.

If there is any lesson to be learned from General Magic it is that while the company may have failed, the ideas that it developed certainly didn’t. Out of the ranks of employees who worked there came the founder of eBay, Pierre Omidyar, one of the co-creators of Android, Andy Rubin, and iPod and iPhone co-designer Tony Fadell. Engineer Megan Smith would go on to work as the Obama administration’s Chief Technology Officer. With such an illustrious group of alum, General Magic may just be the most successful company to ever fail.

If you’re a regular moviegoer like me, at this point in the summer you’re probably suffering from a bit of what I like to call ”blockbuster bloat” and are probably looking for something a little [click for more]

KING OF KONG ‘Villain’ Speaks Out

Since its January premier at the Slamdance Film Festival, the documentary The King Of Kong and its inside look at competitive video gaming and one man’s quest to break the world’s record for classic Donkey [click for more]

Some of the biggest names from this year’s documentaries are not in contention for the Academy Award. [click for more]