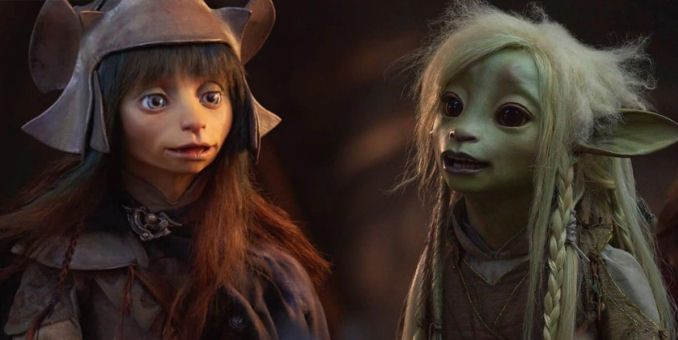 Netflix has cancelled The Dark Crystal: Age Of Resistance.

Executive producer Lisa Henson broke the news that the series, a prequel to her father Jim Henson’s classic 1983 fantasy film, The Dark Crystal, would not be returning for a second season.

We can confirm that there will not be an additional season of The Dark Crystal: Age of Resistance. We know fans are eager to learn how this chapter of The Dark Crystal saga concludes, and we’ll look for ways to tell that story in the future.

The cancellation comes on the heels of the show winning Emmy for outstanding children’s program this past weekend.

GODZILLA VS KONG Could Be Going To Streaming

The giant monster slugfest may bypass theaters and head to a streaming service instead. [click for more]

The company cancelled the plan in response to consumers’ overwhelmingly negative response. [click for more]

If you want to watch a TRANSFORMERS or HUNGER GAMES film via Netflix streaming you better hurry up. [click for more]