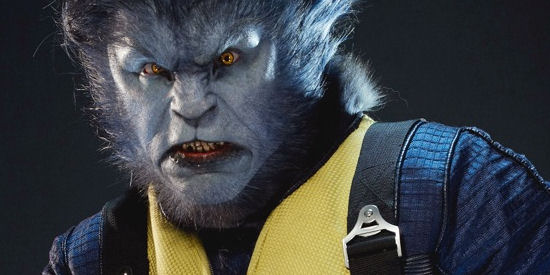 Bryan Singer and crew are busy up in Montreal (or over in Montreal depending on your own relative geography) filming Singer’s return to the X-Men franchise, X-Men: Days Of Future Past. And since they’ve been doing some filming out in public, pictures of the action have been circulating. Like these ones from Fan-Girl.org that show a fight between Nicholas Hoult as Beast (with what looks to be slightly updated make-up from X-Men: First Class) and Michael Fassbender‘s Magneto having a bit of a tussle in a water fountain. Fan-Girl has a whole gallery of images from the shoot, so head one over, but these are the top few out of the bunch.

Adapting the classic Days Of Future Past storyline from the 1980s comics for the big screen is a rather audacious task but it looks as if Singer and company are really working at delivering the goods. X-Men: Days of Future Past opens next summer on July 18, 2014.

Could Apocalypse Be In X-MEN: DAYS OF FUTURE PAST?

WWBSD? (*What Will Brian Singer Do?)

Yesterday, I was having a conversation with a friend and she asked me why do directors commit to more projects than they will ever actually realize. I explained that they have several projects in development [click for more]

EDDIE THE EAGLE director Dexter Fletcher will be stepping in to replace Bryan Singer for the remainder of the film’s production. [click for more]