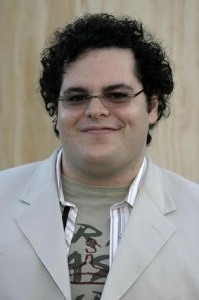 The film will cover Kinison’s life as a stand-up comic, who traded in the vestments of his family’s Pentecostal preaching for the long coat he wore on stages across the country.

Deadline reports that producers are “in conversations with a number of stars and stand up comics to populate such roles as evangelists Jim and Tammy Faye Bakker and Oral Roberts, as well as comic peers like Richard Pryor.”

Now ever since I saw Gad in The Book Of Mormon on Broadway, I’ve been a fan. But I think that he may just be all types of wrong for this role. Gad is at his best when he is playing innocent, if slightly-befuddled, types with genuinely good hearts. That’s how you could describe his Book Of Mormon character Elder Cunningham and his son of the president Skip Gilcrist on the short-lived NBC sitcom 1600 Penn. That’s even a fair description of his on-screen persona during his handful of appearances as a correspondent on The Daily Show. And while I am sure that the producers of Brother Sam are looking to show Kinison’s more vulnerable side that he kept hidden under his stage character I am forced to wonder if Gad can bring that kind of manic energy to the role. Hopefully, he was able to show the producers a side of his acting that he has really displayed in public yet and that he wasn’t just cast because he’s a heavy-set funny guy.

Meanwhile, a few years back, Dan Fogler tested for the role. In the leaked screen test below, Fogler doesn’t attempt to mimic Kinison’s distinct twang but instead goes for capturing Kinnison’s on-stage energy, which he does remarkably well. Compare that to Kinison’s 1984 appearance on HBO’s Ninth Annual Young Comedians Special which shot the then-struggling comic’s career into the stratosphere. (Both are NSFW, so use headphones if need be.)

The actor joins the upcoming comedy. [click for more]

Rumor has it he is Fox’s number one choice. [click for more]

The big screen adaptation of the 60s sitcom will be a vehicle for the comic actor. [click for more]