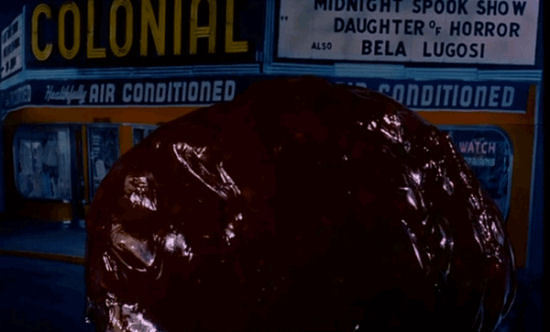 Director Simon West (Con Air, The Expendables 2) will be directing a remake of the classic 1958 horror classic The Blob.

Deadline is reporting the film will start shooting this summer, though there is no word on any cast or who may have written the screenplay.

West is quoted by Deadline as stating –

With modern CGI we can now fully realize the potential of The Blob. The world I create will be totally believable, immersive and emotionally satisfying. It’s a thrill to introduce an enduring icon to a wider audience and a whole new era of fans.

The original film was shot in the Philadelphia suburbs of Phoenixville, Downingtown and Royersford and featured a group of teenagers lead by Steve McQueen in his feature film debut trying to convince town officials that a gelatinous monster from outer space is

Phoenixville hosts an annual BlobFest every July to celebrate its place in movie history.

There have been several attempts to get a Blob remake off the ground over the past several years. Screenwriters Carey W. Hayes and Chad Hayes, the team behind the 2005 House Of Wax remake and 2013’s The Conjuring, wrote one attempt. Rocker-turned-director Rob Zombie was also attached to oversee a new version of the film, though he never got to the point where a script was written. Zombie infamously had stated that his intention for his remake was “not to have a big red blobby thing.”

As a longtime fan of the original film, I remain skeptical of any attempt to remake it. The original production was one of those “lightning in a bottle” moments that I don’t think can be recaptured or improved upon by just because the titular monster can be realized in a more realistic manner. The core of the movie is the story and the generation gap between the teens and the adults. We’ll see if my opinion changes when a screenwriter is announced.

About Rich Drees 6832 Articles
A film fan since he first saw that Rebel Blockade Runner fleeing the massive Imperial Star Destroyer at the tender age of 8 and a veteran freelance journalist with twenty years experience writing about film and pop culture.

If you haven’t been to BlobFest, the annual celebration of the classic 1958 monster movie in the Philadelphia suburbs where the film was shot, you’re missing out on one of the funest film events of [click for more]

The Philadelphia-born producer helped bring the to screen a number of genre films. [click for more]

The KING KONG co-star has been attached to the remake for two years and is expecting the project to move forward soon. [click for more]