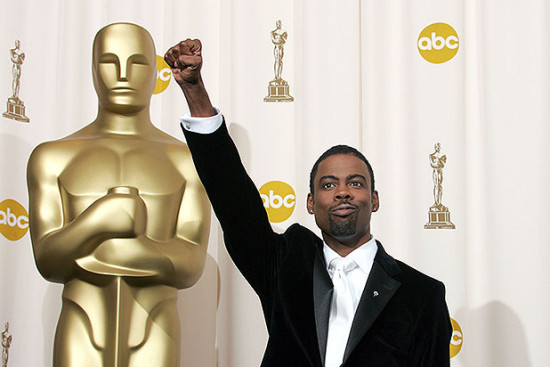 It seems like the Academy of Motion Picture Arts and Sciences has settled into a pattern with their Oscars hosts: someone who hasn’t hosted before on odd-numbered years, returning veterans on even. Since 2016 is an even-numbered year, this means we are due for a veteran and that veteran will be Chris Rock, who had previously hosted the 2005 ceremony. The Academy confirmed the hiring after rumors of Rock being offered the job tore up the Internet this morning.

While it has been ten years since he actually hosted, Rock was the second choice to host this year’s ceremonies, after 2014’s host Ellen Degeneres declined to return. Negotiations stalled and newcomer Neil Patrick Harris was chosen as the host of the ceremony.

Rock toned down his act for his 2005 stint, but still managed to “ruffle some feathers” as Deadline puts it. But new Oscar producers David Hill and Reginald Hudlin, who directed the pilot for Rock’s autobiographical TV show, Everyone Hates Chris, said even before Rock was hired that they  were looking to amp up the “danger” and “excitement” this year. Hopefully this means Rock has the green light to ruffle as many feathers as he wants.

The Oscars will air on ABC on February 28.

Are The Major Changes Coming To The OSCARS Telecast Any Good?

Have you stopped watching the Oscars because the telecast is too long? If so, AMPAS would like a moment of your time. [click for more]

If awards season success is any indication, J.Jonah Jameson will defeat two Hulks for Oscar Gold. [click for more]