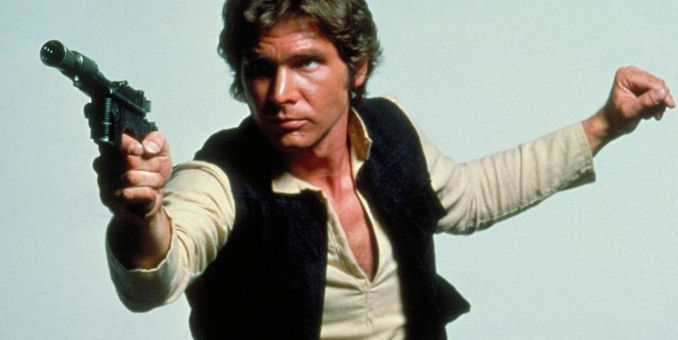 Disney and Lucasfilm continue through the potentially thankless task of trying to find an actor to portray a young Han Solo in their announced Star Wars spin off film that will focus on the early days of the charming space scoundrel iconicly brought to life by Harrison Ford.

Variety is reporting that executives have waded through the some 2500 reported auditions to arrive at a short list of about a dozen actors. That list reportedly includes actors Miles Teller, Ansel Elgort, Dave Franco, Jack Reynor, Scott Eastwood, Logan Lerman, Emory Cohen and Blake Jenner. The trade also notes that Non-Disclosure Agreements and test deals were still being finalized, but producer Kathleen Kennedy and directors Phil Lord and Chris Miller are expecting to have their final decision in just a few weeks.

Although the still untitled young Han Solo film isn’t scheduled to begin production until next January, Variety is stating their source is telling them that the reason for such an early casting is that the character may have a cameo in the currently in production spin-off film Rogue One. Previously, it was rumored that the young Han Solo film would take place a decade or so before we meet the character in the first Star Wars film. However, we know that Rogue One takes place just previously to that film, as it deals with the group of Rebel commandos who steal the plans to the empires’ Death Star and deliver them to Princess Leia. We’ll see how the veracity of these rumors plays out over time.

Star Wars: Rogue One is scheduled for a December 16 release, while the Han Solo spin-off is set for a May 25, 2018 release.

Is This The Plot For The First STAR WARS Spin Off Film?

Is this what writer Gary Whitta and director Gareth Edwards are planning? [click for more]

“A major weapons test is imminent. We need to know what it is and how to destroy it…” [click for more]

Does Logan Lerman actually act anymore, or is he somehow just a professional short list choice? Like the filler guys in a police lineup?