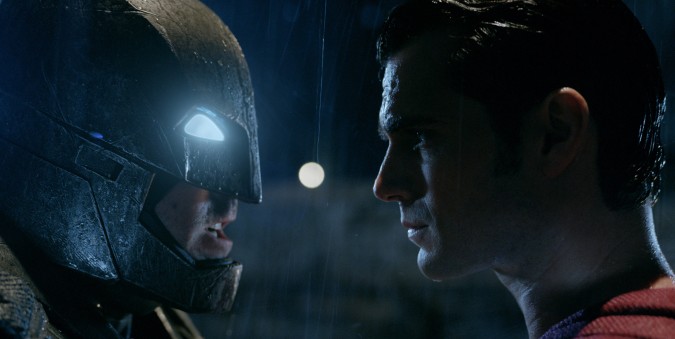 There’s an old saying that the proper length for a good film is just as long as it needs to be. Judging by that, maybe the extra 20-30 minutes that Zack Snyder is editing back into Batman V Superman: Dawn Of Justice will be enough to make it a good film. If it doesn’t, the new run time of 151-minutes is going to make it seem even longer and more drawn out than it already feels.

Warner Brothers has released a new trailer for the extended cut, which they are calling the “Ultimate Edition.” You can see it below. Before the film’s arrival on Digital HD June 28 and on Blu-ray July 19 it will get a one-night-only screening in select theaters next Monday, June 27. and by select , we mean select, as there are only a dozen theaters participating –

I have to admit that this is a rather eclectic group of theaters. Some venues are big houses that show all the standard Hollywood fare like AMC Empire 25 in New York City. Others – like the Ritz V in Philadelphia and the Angelica in New York City – are more art houses were you are more likely to see indie and foreign films rather than a bloated superhero blockbuster.

Tickets are available only through the through the DC All-Access app, so act quickly if you want to get in on this.

About Rich Drees 6997 Articles
A film fan since he first saw that Rebel Blockade Runner fleeing the massive Imperial Star Destroyer at the tender age of 8 and a veteran freelance journalist with twenty years experience writing about film and pop culture. He is a member of the Philadelphia Film Critics Circle.

Following the departure of FLASH director Seth Grahame-Smith on Friday new reports are coming out about trouble on other DC Comics films. [click for more]

It appears as if the current Man of Steel is flying the coop. [click for more]