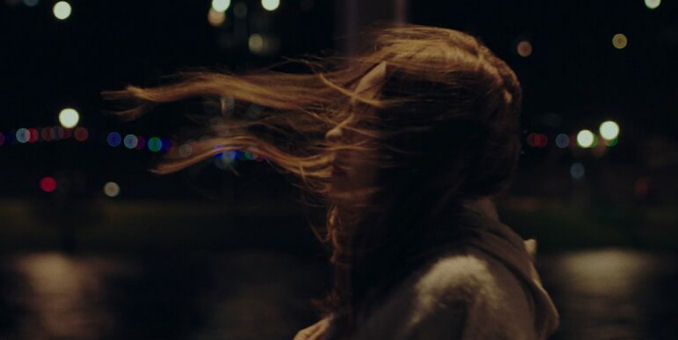 This year’s Tribeca Film Festival saw the US premier of The Party’s Just Beginning, the debut directorial feature film from Doctor Who and Guardians Of The Galaxy actor Karen Gillan which has just been picked up for distribution this fall by The Orchard. The film focuses on the bottoming out of a young woman, played by Gillan, following the suicide of her best friend. We caught up with her on the premier’s red carpet to ask a couple of questions about transitioning to writing and directing, starting with her previous directorial work, the short film Conventional.

When you were doing Conventional, were you using that as a warm up into directing your first feature, and did you intend it to be this one?

Karen Gillan: Yes. Exactly. Both of those things. I wrote the script about six years ago, so it was already in the works. And then I was working with my producer Mali Elfman, and she encouraged me to get some practice in, learn how to direct, because it’s not an instant thing. It’s a lot to take on. So I was more than happy to do that. I’d love to learn as much as I could before I tackled my first feature. So we made Conventional, the short film, which was such a great experience, and so much fun. It was an absolute blast!

I have to say, the topic of this story is very close to my heart. So, how much of your character is autobiographical versus invented?

Gillan: It’s a real mixture. You know, I take inspiration from my personal life and also the people around me or stories I’ve heard from people around me. The storyline of a girl dealing with the suicide of her best friend is fictional. It’s not something I’ve personally dealt with. But it’s a story I really felt compelled to tell because the more I started reading into the statistics in the Highlands of Scotland, the more I felt that this was an issue that needed to be talked about a bit more.

You focus seems to be a lot on Scotland, your hometown, and a lot of the Scottish talent, on any future projects would you be willing to work with any of previous co-stars from Not Another Happy Ending? 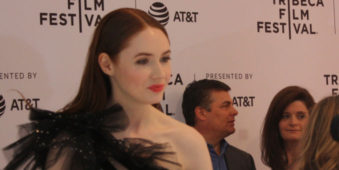 I love that film, it’s a great Saturday night film.

Brilliant job, by the way. This film is one of the best things I’ve seen since award season. I have to ask, Dale and the character of the caller, do you think they help Lucy, or do you think they drive her further into herself?

Gillan: I think it’s really a bit of both. I think usually a Dale character would come in to a film and create a real change in her but actually suffering the loss of another person sends her to an even worse spot. And the same with the caller. Interesting fact about the caller is that when I was growing up, my home phone number was one digit off from a helpline, so it was really strange. We would always get these phone calls and my mother just developed a relationship with one of the women and they went to bingo.

How long did it take to shoot the film, and what’s the plan for this? Are you going to other festivals or will it be distributed?

Gillan: It took us eighteen days to shoot this. So, we had to shoot for eighteen days in Glasgow because that’s a bigger city than Inverness and it was easier to get a crew. It was really difficult to get a crew up to Inverness in the middle of nowhere. So, over Christmas, we had a really small skeleton crew and went up to Inverness, and rode around over the holidays and got loads of exteriors, and chips. And I have no idea. I guess we’ll see. This is the first time it has premiered in the US, and this is our first real festival, so, we’re going to take it from here.

This is some very powerful filmmaking, so I’m anxious to know, have you already started thinking about your second project as a writer/ director?

Gillan: Yeah, couple idea floating around. I’ve written something else, so finish that. And also, me and Mali Elfman are adapting the short film we made, Conventional, about a horror movie actress who’s on the convention circuit and starred in this movie called Ax Witch 2. And she has had way too much cosmetic surgery. I’m turning that into a feature.

Thank you for your time. 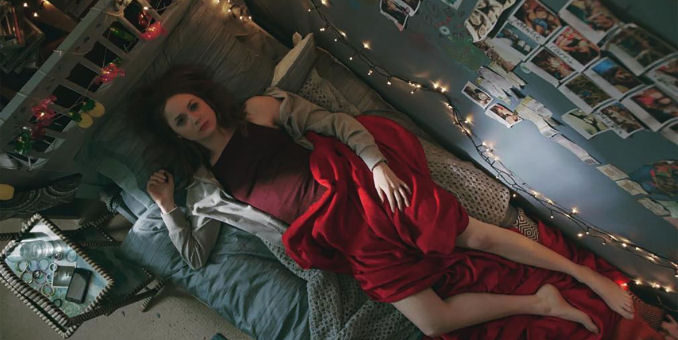 About Natasha Bogutzki 18 Articles
As Maleficent did to Aurora, Natasha was cursed from infancy. Not with death, but with a love of film; indies, foreign films and pop culture alike. She is also an amateur screenwriter and has learned much from almost of decade of journalism. She still has much to learn, thankfully experience is always the best teacher.

The directorial debut from the Scottish actress will make its way to the US this fall. [click for more]

The star of Showtime’s BILLIONS is joining the cast of the assassination thriller starring Karen Gillan which shoots next month. [click for more]

The GUARDIANS OF THE GALAXY cast member will be heading up her own, all-female ensemble for the upcoming action thriller. [click for more]