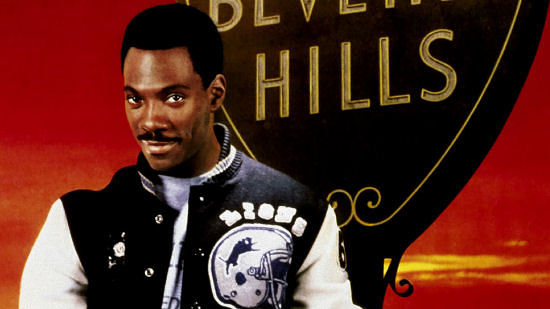 Eddie Murphy will be hosting the 84th annual Academy Awards show next spring. Murphy was chosen by the show’s producer Brett Ratner, whom had just finished directing Murphy in this November’s action comedy Tower Heist.

The last time Murphy was seen at the Oscars was in 2007, pouting because the Dreamgirls co-star lost the Best Supporting Actor award to Alan Arkin.

The Academy Awards have long had a tradition of being hosted by comedians that started with Will Rogers and includes George Jessel, Jack Benny, Bob Hope, Johnny Carson, Billy Crystal, Steve Martin, Whoopi Goldberg, Chris Rock and Jon Stewart. And in his peak, Murphy was a powerhouse comedian and comic actor. But hits such as 48 Hours, Coming To America and Beverly Hills Cop gave way to disappointments such as Vampire In Brooklyn, and Beverly Hills Cop 3. In the past two decades, Murphy probably has only turned in one comedy performance worthy of his reputation and that was in Steve Martin’s Bowfinger.

Here’s hoping that while working with Ratner and co-star Ben Stiller on Tower Heist, Murphy somehow tapped into the comic actor he used to be and that will carry over to his work at the award ceremony.

With as strong favorites as we have this year, any upset will be that much more exciting! [click for more]

Will the Screen Actors Guild nominations give us a glimpse of how the Oscar ceremony will look like? [click for more]

1) I wonder if Chris Tucker is feeling jilted? This would have totally been his job if Ratner wasn’t able to get the original.
2) Somehow, I think the octogenarian Academy board only know Murphy for being the voice of Shrek and have never seen Raw or Delirious.
3) Whatever happens, Murphy has got to be better that Franco and Hathaway.