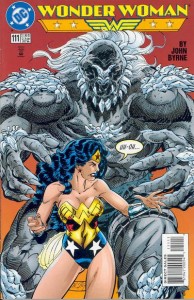 Ah, Twitter. Where one man with a good job title can start a whole bunch of rumors flowing, especially if those rumors are about the eagerly anticipated Batman vs. Superman film.

Bleeding Cool picked up on several tweets that Hollywood producer Daniel Alter made during the last two days. Alter, in case your have forgotten, is the person who a couple weeks ago came out with the news that Nightwing was definitely in Batman vs. Superman and that the Batman in there is a semi-retired hero who patrols the streets of Gotham with drones. Well, he’s back, and his latest set of tweets seem to confirm the long rumored DC hero was in the film., and another hinted at what villain might be plaguing the heroes.

The next came at 10:31 AM this morning, and confirmed a long standing rumor:

Being that Alter is a Hollywood producer (he’s listed on IMDB as producer of Hitman and The Apparition) and the fact that he presents these items so emphatically, you might believe he is a member of the production who is breaking ranks and delving out scoop to the fans.

Only thing is, he’s not. The only production credit listed in the future on his IMDB resume is the adaption of the Kane and Lynch video game. Nowhere is Batman vs Superman listed.

Alter came clean about this fact just before noon today:

Yeah, that’s all well and good, but you never said that when you passed on any of the rumors that got picked up in the fan press, and you never even presented the rumors as rumors. There were no “I’ve heard…” or “My sources say….” attached to any of those tweets. And I think that’s by choice.

The only thing that gave any sense of veracity to the rumors that Alter presented was his producer title. I mean, really, WB is going to finally gives us Superman and Batman on the same screen and Batman is going to spend his time with a joystick controlling robots from afar? That doesn’t make any sense. But Alter is a producer so he must know things we don’t!

So let’s not go crazy when Alter tweets anything about Batman vs. Superman in the future. He’s essentially El Mayimbe with a studio parking space and a better wardrobe.

As for these rumors? I think its safe to say that Wonder Woman will be appearing in the film in some capacity, but I’d guess more as a cameo. And as for Doomsday, I’d bet against it. I mean, there’s no way that everyone who has been rumored to be in the film can be in the film, and Doomsday takes too much work to add into the mix.

More BATMAN VS. SUPERMAN: Is A Villain About To Be Cast? And Are More Heroes On The Way?

Could Callan Mulvey be Lex Luthor in the film? And what other heroes will be joining Wonder Woman in the movie? [click for more]

JUSTICE LEAGUE May Only Have Five Heroes In Its Cast

Have Wonder Woman And Doomsday Just Been Confirmed For BATMAN VS. SUPERMAN? http://t.co/JSWNTMhdJ3