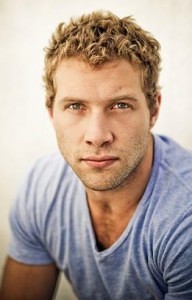 It appears that Jai Courtney is going to try for another franchise in case there are no more Die Hards in his future.

Variety is reporting that the Australian actor has been cast as Kyle Reese in the Skydance reboot of the Terminator franchise. He joins Emilia Clarke as Sarah Connor and Jason Clark as John Connor.

In the original film, Reese was a soldier that was sent back through time to protect Sarah Connor from assassination by killer robot. In the process, he becomes close to Sarah, really close. No word if the same plot or relationships will carry over to the reboot.

The Terminator reboot with be distributed by Paramount.

About William Gatevackes 1950 Articles
William is cursed with the shared love of comic books and of films. Luckily, this is a great time for him to be alive. His writing has been featured on Broken Frontier.com, PopMatters.com and in Comics Foundry magazine.

This year’s San Diego Comics Con is winding down today, and much of the news from yesterday and today seem to be more comics and television focused than film. But there was still a few interesting [click for more]

Mary Elizabeth Winstead Will Be Appearing In DIE HARD 5

Did Bill like SUICIDE SQUAD as much as Rich did? No. He liked it more. [click for more]