Mia Kunis, Kristen Bell and Kathryn Hahn have decided that they’re going to stop trying to be perfect moms and just be bad moms instead. So is the high concept plot of the new comedy Bad Moms coming our way this summer and judging by the two trailers that were released today, could be a lot of fun.

Here’s the studio synopsis that fills in some of the details if you don’t want to watch the clips below.

In this new comedy from the writers of The Hangover, Amy has a seemingly perfect life – a great marriage, over-achieving kids, beautiful home and a career. However she’s over-worked, over-committed and exhausted to the point that she’s about to snap. Fed up, she joins forces with two other over-stressed moms on a quest to liberate themselves from conventional responsibilities – going on a wild, un-mom-like binge of long overdue freedom, fun and self-indulgence – putting them on a collision course with PTA Queen Bee Gwendolyn and her clique of devoted perfect moms.

Both trailers are pretty similar in terms of footage, but if you are going to watch the red band trailer I would suggest using headphones if there are small children or prudish co-workers within earshot. 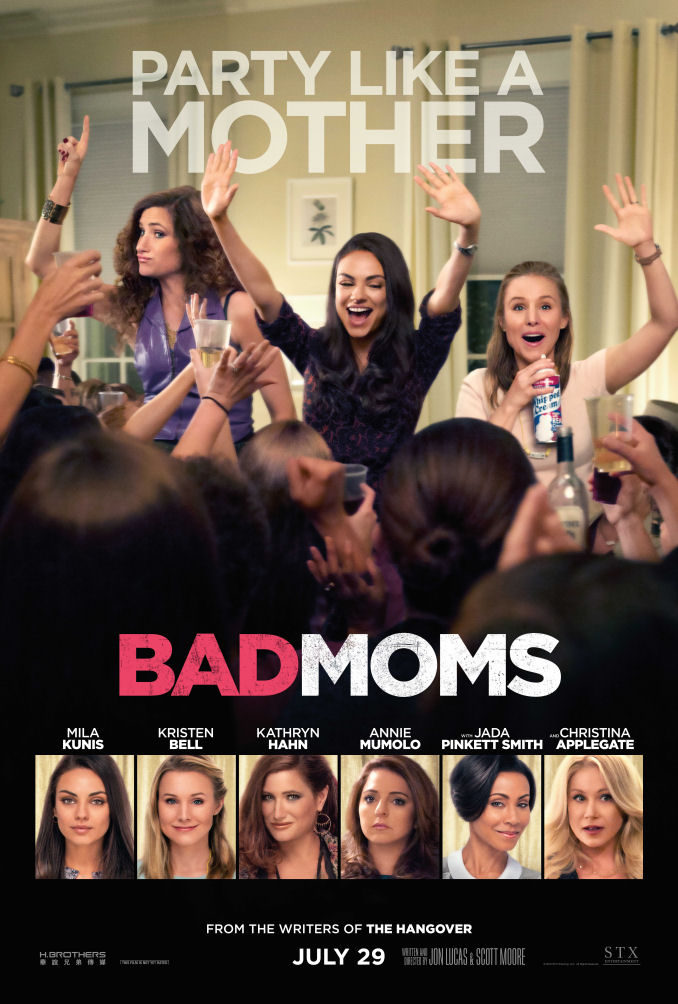 New Releases this week include JASON BOURNE and BAD MOMS. [click for more]

The Bad Moms have to navigate both the holiday season and visits from their own maternal units. [click for more]