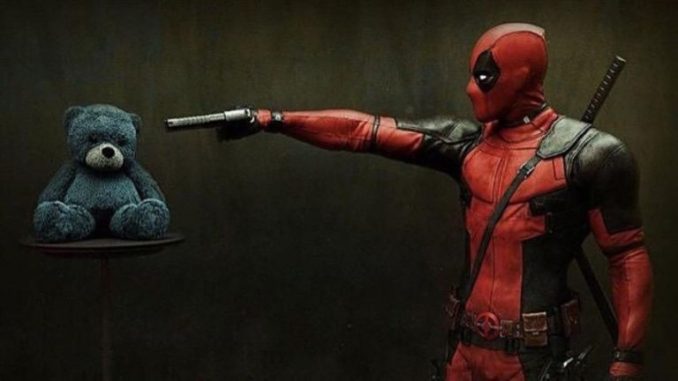 Can’t wait to see Deadpool 2 on June 1st? Well, you don’t have to! Because the film will be coming at you two weeks earlier!

The Hollywood Reporter states that Fox is pushing up the Ryan Reynolds-starring sequel to May 18th. Now instead of having to debut against the second weekend of Solo: A Star Wars Story, that film will debut during Deadpool 2‘s second week. Works out better this way because the Star Wars films typically have very strong second weekends, and now all Deadpool 2 has to beat out is the Slender Man movie, a much easier competitor to beat.

It’s not all good news, however. Fox also announced that both Gambit and New Mutants will be pushed back.

Gambit‘s release date has been pushed back from Feb. 14, 2019, to June 7, 2019. This, of course, is too be expected following the news of Gore Verbinski stepping down as director.

New Mutants is moving from April 13, 2018  to February 22, 2019. The articles cites soruces who say the move was done to “avoid having an overlap with X-Men movies in certain overseas marketplaces, where Mutants and Deadpool 2 would have been in theaters at the same time.”

That might be believable if A) It wasn’t already being released just a few weeks before Avengers: Infinity War, which, while not an X-Men film, is a rather highly anticipated comic book film that would have been in theaters the same time as New Mutants and B) there are plenty of spots between here and February 22, 2019 that the film could be relocated to in order to avoid any X-Man film or superhero movie. More than likely, it is delayed for the typical reasons why films in production get that long of a delay: the studio has lost faith in it, and the delay is to accommodate the studio’s attempts to fix it.

New releases include LOGAN, THE SHACK and BEFORE I FALL. [click for more]

Fan-favorite Kitty Pryde is getting her own film from the director of DEADPOOL and one of her writers in the comics. [click for more]