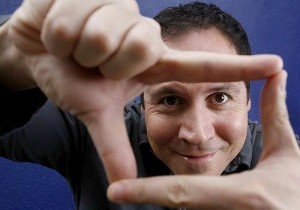 Director Jon Favreau, who launched Marvel Studios growing superhero franchise with the blockbuster Iron Man and its sequel Iron Man 2, will not be back for a third installment. He will be continuing his executive producer duties on Marvel’s The Avengers.

The news was confirmed earlier this afternoon by Deadline after being initially reported by Vulture.

No reason for the departure were given, though a few educated guesses could be made. Favreau is currently wrapping up Cowboys & Aliens for release next summer and will next be going on to do Magic Kingdom for Disney, which would probably conflict with Marvel Studios’ plans to get Iron Man 3 into theaters for May 3, 2013.

Also, with the success if the two Iron Man films coupled with the possibility of Cowboys & Aliens being another hit for the director, Favreau’s directing fee is very probably rising for each new project he takes on. He reportedly was given a $10 million paycheck and for Iron Man 3, he would probably would have been asking $12 to $15 million with up to 15% of the movie’s box office take. This would be in addition to whatever Iron Man star Robert Downey Jr is getting from his participation in the film’s gross. Given Marvel’s, shall we say pusillanimous, nature, it is very probable that Favreau has priced himself right out of what they would be willing to pay.

But there is a third possibility, and one that has been lurking in the background for some time – a growing unease with how to approach the cinematic world that he had helped to create. When a director was being sought for Marvel’s The Avengers, which would feature Iron Man, Captain America, the Hulk and Thor all sharing an adventure, many fans thought that Favreau would be the perfect candidate for the position. But the director deferred, stating he wasn’t sure how to merge the magical reality of Thor with the more technological reality of Iron Man and the others. Favreau expounded on that just last week when talking to MTV –

In theory, Iron Man 3 is going to be a sequel or continuation of Thor, Hulk, Captain America and Avengers… This whole world… I have no idea what it is. I don’t think they do either, from conversations I’ve had with those guys.

So now we are left with Marvel having to find themselves a director who will step into Favreau’s shoes, no tall order as star Downey has contractual approval over anyone who may up for the job. Marvel has no script and will need to find themselves someone soon to oversee the production if they’re going to get Iron Man 3 in front of cameras by 2012 in order to make their May 2013 release.

If this happens, it could make a lot of people really happy and have a lot of people complaining. Deadline New York, the East Coast version of Deadline Hollywood gossip blog, is reporting that Joss [click for more]

Who Was That Guy In THE AVENGERS Bonus Scene?

May 7, 2012 William Gatevackes Comics And Film

SPOILER WARNING: This is a primer explaining the first bonus scene in the Avengers credits. Click if you want to know more, avoid if you haven’t seen the film yet. [click for more]

Stan Lee could have been seen as the hero of his life story, the villain in others. In the end, he became the victim. But he was always a legend. [click for more]