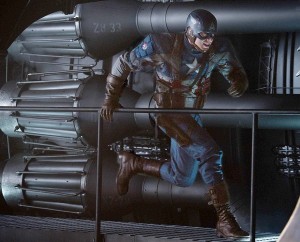 It should come as no surprise that Marvel Studios is thinking about a sequel to Captain America even though we’re still five months away from its release. We know that the studio is definitely playing the long game with their franchise management and Captain America star Chris Evans is signed to appear in six films as Cap, with July’s film being the first and next summer’s The Avengers being his second.

One of those remaining four films will be a Captain America sequel, which we have learned today will be written by the first film’s screenwriting duo of Stephen McFeely and Christopher Markus.

It is probably a safe assumption that the film will take place in modern times at some point after The Avengers. Beyond that, McFeely and Markus have a wide open field to play with. Will they pick up and adapt one of the many modern day Cap adventures from the past several decades of comics or pen their own story? Will the story feed into whatever overall storyline Marvel has in store post-Avengers? Hopefully, it’ll be fun finding out.

About Rich Drees 6666 Articles
A film fan since he first saw that Rebel Blockade Runner fleeing the massive Imperial Star Destroyer at the tender age of 8 and a veteran freelance journalist with twenty years experience writing about film and pop culture.

Some thoughts on the long anticipated first official trailer for the upcoming film. [click for more]

2011 In Review: What The Top Ten Grossers Say About The State of Cinema

The ten highest grossing films of 2011 tell us a lot about the state of films today–and where they will be going in the future. [click for more]